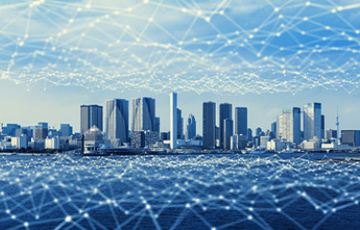 “NB-IoT is now the global wide area IoT network of choice. The pace of development has skyrocketed over the past year and the turning point was in February when Verizon announced it will build a nation-wide NB-IoT network by the end of 2018.”

Last year, the NB-IoT market was driven by a handful of operators, primarily in Asia and Europe. Today, U.S. operators Verizon, Sprint and T-Mobile are fast tracking their NB-IoT development. By the end of 2018, most of the U.S., Europe and Asia Pacific will be covered by at least one NB-IoT network.

Despite the early lead by unlicensed Low Power Wide Area (LPWA) networking technologies such as LoRa® and Sigfox, the NB-IoT ecosystem is rapidly over taking them. Dual mode options have driven much of the initial NB-IoT market where both LTE-M, a higher bandwidth option that support voice and mobility and NB-IoT protocols are integrated into the same chipset. Lower chip costs, better performance and a roadmap that includes over-the air-updates, voice and mobility will ensure that NB-IoT overtakes LTE-M in the near term and Sigfox and LoRa over the next five years.

Metering, streetlight monitoring and parking management make up 80% of the announced NB-IoT applications to date. However, the number of NB-IoT applications is growing rapidly including solutions for traffic and waste management, healthcare, smart buildings, retail and wearables such as health monitors and smartwatches that will increasingly compete with short range wireless technologies such as Bluetooth and Zigbee.

NB-IoT is featured in 40% of the LPWA developments over the last two years. The pace of activity has accelerated over the past 12 months and at the current rate the activity level will increase by 18X between 2016 and 2018.

By 2025, there will be 1.3 billion LPWA connections worldwide and NB-IoT will make up over half by this time.