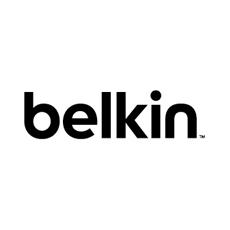 Fast Company today named Belkin International, the company behind the WeMo family of home automation products, Echo water and power solutions and the Linksys home networking brand, to its 2014 list of the Top 10 Most Innovative Companies in the Internet of Things.

The list is published as part of the magazine’s annual Most Innovative Companies issue, which celebrates companies that exemplify the best in business from across the economy and around the world.

“Coming off a momentous CES and a 2013 that included the acquisition of the Linksys brand, this honor from Fast Company is the culmination of a banner year for Belkin. As the Internet of Things rapidly evolves, Belkin is on the front lines with an array of technologies and products that merge the virtual environment with the physical environment to bring the Internet of Things to life for consumers like never before.”

With a unique position in both home automation and home networking and the growth of its two popular brands, WeMo and Linksys, Belkin International exemplifies innovation in the Internet of Things. First launched in 2012, the WeMo line of smartphone controlled smart home products made a splash in the industry by offering connected home solutions that are easy, intuitive and approachable. The company continues to evolve the platform with new products, app enhancements, and partnerships that extend the WeMo brand beyond the traditional home automation market and bring the Internet of Things to everyday devices.

Another area of on-going innovation is the work Belkin is doing with water and power energy use through the Belkin Echo Power and Echo Water solutions. These solutions are analyzing energy and water usage to help homeowners and building managers understand waste and part replacements and even sense security issues. Commercial pilots are beginning next month and the plan is to have availability later this year.

Also, with the acquisition of the Linksys brand, Belkin looks to expand on the Internet of Things through its Smart Wi-Fi platform which addresses consumer demand for enhanced management, consistent monitoring, and unequivocal control of home networks and devices at home or on the go.

“The culture of innovation across the globe is more robust than ever,” reports Fast Company editor Robert Safian, who identifies 12 lessons of innovation for 2014 within the issue. “To win in such a fast-changing environment requires a new kind of business agility.”

The Most Innovative Companies issue (March 2014) is Fast Company’s most significant, high-profile editorial effort of the year and hits newsstands beginning February 17. It also is available online at fastcompany.com as well as in app form via iTunes.