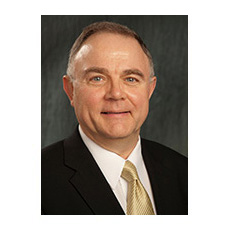 An article by Alain Louchez, Managing Director of the Georgia Tech Center for the Development and Application of Internet of Things Technologies (CDAIT).

A recent book (¡Crear o morir! 1, i.e., “create or die”) by Andrés Oppenheimer, the acclaimed Argentine journalist residing in the United States who reports with stylish and incisive prose in various media including bestsellers on Latin America’s challenges and potential, offers a very useful departing point for a current reflection on Internet of Things (IoT) innovation.

Looking at the prodigious success of Silicon Valley in terms of innovation and entrepreneurial achievements, Oppenheimer asks a simple and yet fundamental question: “Why a Steve Jobs does not emerge in Mexico, Argentine, Colombia or any other Latin American country, or Spain, where there are people as or more talented as/than Apple’s founder?”

His investigating journey takes the reader to many innovative wells around the globe, such as research centers, private companies and other organizations, not the least the Fútbol Club Barcelona (“el Barça”), in order to find elements of response.

In the process, with an eye on Latin America, he addresses the causes and challenges of scientific and technological progress as well as the roots of creativity and business success in our time.

While the Internet of Things (“el internet de las cosas”) is identified as one of the forces that will radically transform the world and deserves its own section in the book, it implicitly appears in many other places under “3D manufacturing”, “unmanned vehicles” (drones), mini-satellites, e.g. for agriculture applications, etc. As a result, most of Oppenheimer’s observations and suggestions can provide useful guides for IoT in general.

Among the keys he offers to unlock innovation in Latin America, the necessity for collaboration is time and again advanced as a necessary condition for success.

According to Oppenheimer, the grand dilemma of the twenty-first century is existential, i.e, innovate or stagnate or more dramatically as he puts it “create or die”.

Oppenheimer notes: “Innovation is a collaborative process, often open and public, which requires staying in close contact and in real time with those who work on similar projects throughout the world.” 2
University of New Mexico Professor Vera John-Steiner in her book “Creative Collaboration”, whom Oppenheimer also mentions, underlines the transformation of the life of the mind which is changing away from solitary thinking to an environment where “generative ideas emerge from joint thinking, from significant conversations, and from sustained, shared struggles to achieve new insights by partners in thought.” 3

Collaboration certainly is a sine qua non for the Internet of Things.

By its very nature, the Internet of Things is global and necessitates an overarching approach. It was evident during the hearing of the (United States) House Judiciary Subcommittee on Courts, Intellectual Property and the Internet on the Internet of Things held on July 29, 2015 that IoT cannot be discussed in a vacuum, but needs to be tackled with a global perspective (witnesses testified on the scope and potential of new technologies being developed for the growing network of interconnected devices, everyday physical objects such as cars and devices in the home. Topics included privacy and regulatory concerns.)

Dr. Laura James, Founder and Director of Newton Halewood Ltd, and Co-founder and Director of MakeSpace, with a vast experience in IoT, is one among many who emphasizes the vital need for collaboration in the Internet of Things space: “The Internet of Things is interdisciplinary and it stretches most of the individual disciplines too. You will need help from others. Be ready to partner with other organizations, collaborate with people from different backgrounds to you.” 5

In Internet of Things matters, the path to innovative success is paved with a multitude of interactions and relationships, in sheer contrast with the business practices of yesteryear.
Given the complexity of the IoT value chain, a wide range of expertise resources, e.g., hardware, software, mathematics (modeling & simulation, encryption algorithms, etc.) and others must be injected along the way. Professor John-Steiner’s lapidary comment on integrative collaboration, i.e., “transformative changes require joint efforts” 6 best describes the road to IoT innovation. By all accounts, the Internet of Things is transformational.

As new molds for IoT innovation are being shaped, business models must be rejuvenated if not completely overhauled, e.g., ownership and associated rights, timeframe and delivery support, sale and maintenance responsibility, education and training as well as income and cost flows are to be identified, thoroughly understood and managed.

Solving the collaborative challenge, in all its dimensions, lies at the crux of the IoT expansion.