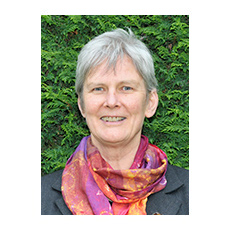 An article by Margaret Ranken, Principal Analyst at Machina Research.

The Thread Group was founded with much fanfare 27 months ago, with Google acquisition Nest as the headline grabbing member. The group aims to standardise secure wireless communication for the Smart Home. Providing the communications technology that underpins the Smart Home is a big prize to win, Machina Research forecasts that the market will grow from 1.7bn devices in 2015 to 8.3bn devices in 2025 and there are a number of groups competing to own the standards backed by big players including Google, Samsung, Qualcomm and Apple. The incumbent is Z-Wave which has millions of devices installed for things like garage door openers, but has limited capabilities and is still perceived as a proprietary standard. The well-established contender is ZigBee which, along with a number of other IoT wireless technologies, is based on chips that comply with the IEEE 802.15.4 standard that are easily and cheaply available and can be flashed with new firmware to support a number of networking approaches. Thread is based on the same chip technology but Thread certified products are yet to appear. The main reason for the time-to-market delay, presumably, is the Thread Group’s decision to move straight to the standard’s 1.1 iteration earlier this year, when certification processes based on the 1.0 version were already in full swing. Finally, in the Smart Home arena there are a myriad of proprietary technologies, including the notable newcomer Apple’s HomeKit. 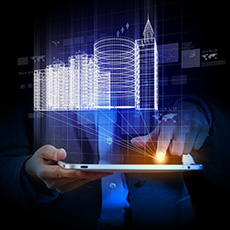 Commercial building automation is a different market altogether. It is already mature, so the incumbents are better established and the potential for growth is lower, although still substantial: Machina Research forecasts that it will grow from about 1.4bn devices in 2015 to 5bn in 2025. There are a number of established communications protocols for both wireline and wireless connectivity: the received wisdom is that building automation wireless communications should use WiFi for more demanding applications, ZigBee mesh as the main wireless protocol for control of M2M systems and Enocean, a lightweight energy harvesting protocol, for connecting peripheral devices such as light switches and radiator valves. IP has become the way to bridge legacy protocols in commercial building automation, both wireline and wireless, which is where the Fairhair Alliance comes in.

ZigBee has been criticised for being too complex and sometimes too power hungry but it has been around for over a decade and has published a number of use cases for both Commercial Building Automation and the Smart Home, among others. It uses state-of-the-art encryption for security – recent criticisms have been of bad implementations rather than the technology itself. Thread setting up in competition for the network layer using the same chips initially seemed like a way to cut through complexity and delays, but now Thread seems to be just as bogged down as all the other standards groups. For the Thread Group to work with the ZigBee Alliance seems like a sensible way to eliminate duplication and reduce the travel load for the short range wireless experts. While for ZigBee to support IP communication in commercial buildings and work with the Fairhair Alliance is an obvious move.

Given the established ZigBee support in commercial Building Automation, and the defined use cases for the relevant applications, which encompass both the network and application layers, Thread becomes a different approach to the network layer in the ZigBee use cases. This is because Thread confines itself to the network while ZigBee also defines the application layer. ZigBee is already capable of supporting many thousands of (low-bandwidth) devices in a single mesh, essential in a large building, although there is a trade-off between mesh size and bandwidth so large meshes are still rare. Thread is only now starting to work on extending its capabilities to meet this requirement.

Enocean is yet to make waves in the Smart Home, but its battery-less sensors for window and door contacts, light switches and motion detectors could have a valuable role to play. It is owned by a German company that has patented the energy harvesting technology, but has founded an Enocean Alliance to build an ecosystem that currently has 150 manufacturers and 1500 certified products. If open standards win the day, it may remain confined to the commercial building automation market, but technically it is a serious rival for Thread for devices with minimal data requirements.

The views and opinions expressed in this blog post are solely those of the author and do not necessarily reflect the opinions of IoT Business News.