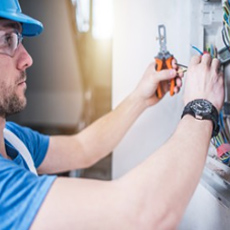 According to a new research report from the analyst firm Berg Insight, the market for lone worker protection solutions and services in Europe and North America is forecasted to grow from € 121 million in 2016 at a compound annual growth rate (CAGR) of 17 percent to reach about € 260 million in 2021.

Market drivers include occupational safety regulations, increasing employee insurance costs and higher awareness of risks that lone workers can face. A growing number of countries are adopting regulations that specifically address the safety of lone workers. Notable examples include the UK, Canada, France, Germany and most recently the US. The penetration of lone worker protection services based on monitored lone worker devices and smartphone apps remains very low in Europe and North America – an estimated 2 percent at the end of 2016. Even in leading markets like the UK, the penetration of monitored services has only reached about 5 percent of the total workforce of lone workers.

A group of specialist companies offering lone worker protection services have emerged on the core markets of the UK and Canada. In the UK, major integrated providers with in-house alarm receiving centre operations include Send For Help Group, which trades under its subsidiaries SkyGuard and Guardian24, as well as the Kings III subsidiary SoloProtect. Additional companies with notable market shares in the UK include Rocksure Systems, Reliance Protect and Safe Apps. Leading specialist lone worker service providers in Canada are for example Tsunami Solutions and Blackline Safety. 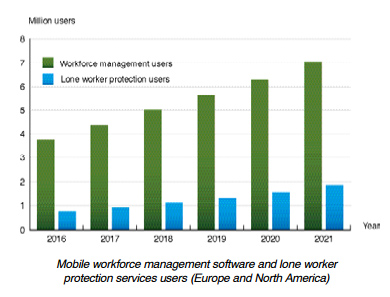 He mentions that enforcement of legislation in Western Europe and pockets of North America is expanding, resulting in many greenfield customers adopting lone worker safety solutions, especially within the private sector.

“Dedicated devices and smartphone apps are likely to coexist on the market for lone worker protection services due to the broad spectrum of risks across different jobs involving working alone.”