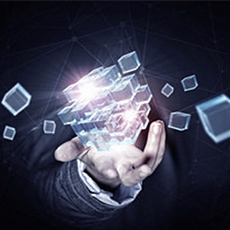 “Removing the complexities that slow the development of IoT applications and deploying connected devices at scale is of primary importance to our organization,” said Bruce Chatterley, CEO & President at Senet. “Having simplified network connectivity, device provisioning and management and application integration, our customers can rapidly scale from initial deployments to millions of connected devices, building a competitive advantage that is not available with any other LPWAN technology.”

“Providing customers with robust and secure end-to-end IoT applications can be a challenge for sensor and equipment manufacturers, distributors and solution providers,” said Kim Pearson, CEO of New Boundary Technologies.

Senet’s public, standards-based and highly secure LPWAN currently offers coverage in a total of 225 cities and 23 states across the United States (see live coverage map), and has the ability to support millions of devices across hundreds of industries. Senet also recently announced its Managed Network Services for IoT (MNSI), which enables network providers to deploy LoRaWAN IoT services on their physical assets, supervise the network infrastructure, manage connectivity and control roles and access rights within a reliable and scalable solution.
Senet and New Boundary Technologies are both presenting at the upcoming 2017 InfoAg Conference being held July 25 – 27, 2017 at the St. Louis Union Station Hotel in St. Louis, Missouri. Senet is exhibiting in booth #64 and will be presenting on the various types of networks available to support IoT applications, with a focus on Low Power Wide Area technologies for smart agriculture and water management, while New Boundary Technologies will be presenting on the role of application software services in the IoT ecosystem.
Tags:IoT application developmentLPWANSenet
Previous : Ericsson builds end-to-end NB-IoT system for Taiwanese Chunghwa Telecom
Next : Gemalto’s remote subscription management solution helps Lenovo customers be always connected