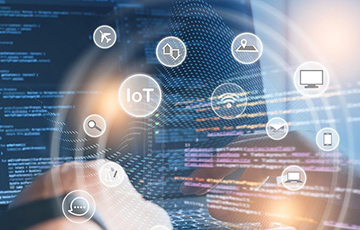 All LoRa Basics releases will be available on Semtech’s LoRa Developer Portal as open source.

“LoRa Basics is fully compliant with LoRa Alliance™ and allows developers as well as enterprises to rapidly develop their applications.”

The impetus behind LoRa Basics is to take the common LoRaWAN® functions that all developers of end devices, gateways or LoRaWAN-based solutions must implement and provide a free, supported set of open source software that is specification compliant. The building blocks represent best practices for the implementation of LoRaWAN-based technologies. Developers can then focus on developing their solutions, while getting their applications to market faster with less cost.

“There is a real need in the IoT market to simplify the development of IoT solutions and speed up deployments,” said Robin Duke-Woolley, CEO of IoT analyst firm Beecham Research. “LoRa Basics is a welcome addition to the market that we believe will help to achieve this and assist developers in focusing more on new value adding opportunities.”

LoRa Basics MAC, the second basic building block released today, provides the firmware an end-device developer needs to get LoRaWAN-based radios up and running. In addition to a fully LoRaWAN-compliant protocol stack, it provides an event-driven run time with power management, timer handling and a flexible simulation environment with logical time to facilitate debugging and regression testing.

Future areas of focus for the LoRa Basics suite include firmware updates over the air (FUOTA), both on the end-device and on the backend server, as well as data science notebooks for offline performance analytics.

“As a long-time ASIC and electronics design-service provider and a leading manufacturer of wireless IoT products and systems, Miromico has long been looking for even better tools and methods to develop new products faster, easier and more reliably. Semtech’s new LoRa Basics suite brings extensive improvements and much sought after functionality in one significant leap to LoRa-based nodes and gateways,” said Marcel Wappler, Head of IoT & LPWAN at Miromico.

To make accessing these tools easy, all of the LoRa Basics elements will be available on Semtech’s LoRa Developer Portal, which will also provide access to a comprehensive suite of developer training, documentation, technical resources, and community tools

Tags:LoRaLoRaWANSemtech
Previous : How Organizations can get the most out of their IoT Investment
Next : Semtech Announces Open LoRaWAN Academy™ Registration for Enterprises and Developers