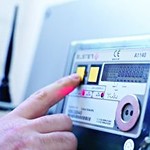 “Voltaris, the German energy data management services provider, has signed an agreement with E-Plus for the provision of M2M services through M2M-Plus. The contract represents another step for KPN, the Dutch incumbent and owner of E-Plus, towards its goal of being a leading M2M service provider in pan-European and local markets. BMI forecasts M2M to be a growth area for operators, particularly in the developed telecoms markets around the world. However, an overreliance on the smart metering segment may prove only of short-term benefit if utilities companies acquire their own spectrum.

KPN is looking to the smart metering segment of the M2M market as a source of growth. BMI has written previously about the European Union target for 80% of EU households to be smart metered by 2020 and the potential for revenue growth for mobile operators in this area, a view we still hold. We also believe that competition will be fierce with not only network operators with global reach such as Vodafone and Deutsche Telekom in the market but also global tech firm IBM and GE present. Toshiba has also strengthened its smart metering business with the acquisition of Landis+Gyr, a Swiss smart meter company for US$2.3bn, to enhance its smart grid next generation power delivery network business which it estimates to be competing in a market worth US$71bn in the next decade.

In Germany, competition from Deutsche Telekom will be particularly intense for E-Plus. Deutsche Telekom is already engaged in 20 smart metering projects in Germany through its T-Systems unit, and has invested to develop both relationship and expertise. Due to its incumbent status, and expertise through T-Systems, BMI expects Deutsche Telekom to lead the market in Germany and will be one of the leading firms at the pan-European level. However, the scale of smart metering growth means we still believe E-Plus can generate significant revenues in the market.

BMI holds a more positive view for KPN in its core market of the Netherlands, where there is a legal obligation for energy retail companies to provide every household with smart meters by 2018. As the incumbent with a long history in the market, KPN has existing relationships with the major utilities companies, giving it the benefits we see Deutsche Telekom has in the German market. KPN has also acquired technical expertise through the 6% equity share it acquired in Jasper Wireless for EUR7mn in 2010. By building on its domestic platform we believe KPN has the potential to compete at the pan-European level, however we currently favour Deutsche Telekom because of the strength of its T-Systems unit in the area.

However, while we are optimistic about the medium-term prospects for operator revenue generation in smart metering, we see difficulties in the longer term. BMI expects utilities companies to acquire spectrum that enables them to provide smart metering services directly, only partnering with a technology company for the provision of the smart meter hardware and thus cutting out the network operator. We expect this trend, not only to come from utility firms; desires to capture new revenue streams, but primarily to take ownership of the provision of the service as it is so integral to their business model. Despite this downside risk, we expect operators to continue to push into the area, attracted by revenues, and also by the future potential if they succeed in becoming an integral part of the smart metering infrastructure including water, gas and electricity. However, BMI would favour M2M strategies that are diversified beyond smart metering and, because of the risk utilities companies will ultimately retake control of the billing and monitoring side of the utility business.”