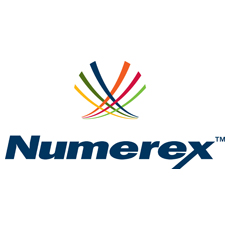 “The first quarter marked a solid start to the year reaching a milestone in cumulative subscriptions surpassing 1.5 million, which reflected 24% year over year growth from the end of first quarter of 2011. As a result, we are maintaining our annual subscription growth guidance of 25% to 30%.”

“Recurring revenues grew at 12.4% in the first quarter and are expected to improve significantly over the course of the year, beginning with the second quarter, and align with our growth guidance of 18% to 23%, which we affirm.”

Mr. Nicolaides noted, “The Company increased earnings by over 30% compared to the first quarter of last year, as a result of improved margins and operating leverage. This favorable result was achieved even considering significant investment in engineering and in business and product development.”

The Company’s Operational Highlights Include:

Mr. Nicolaides concluded, “We enter the second quarter with a strong pipeline driven by the introduction of new products and the commercialization and launch of several customer solutions, which we expect will favorably impact revenues and earnings. Numerex remains well positioned to leverage its infrastructure by delivering comprehensive M2M services to a broad range of customers through its horizontal platforms.”