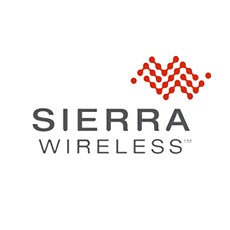 All results are reported in U.S. dollars and are prepared in accordance with United States generally accepted accounting principles (“GAAP”), except as otherwise indicated below.

“Overall I am very pleased with our Q1 results and trajectory. We have strengthened our operating model and have good visibility to growth drivers in both M2M and Mobile Computing.”

Non-GAAP results exclude the impact of stock-based compensation expense, acquisition amortization, restructuring costs, integration costs, foreign exchange gains or losses on translation of balance sheet accounts, and certain tax adjustments. We disclose non-GAAP amounts as we believe that these measures provide our shareholders with better information about actual operating results and assist in comparisons from one period to another. The reconciliation between our GAAP and non-GAAP results is provided in the accompanying schedules.

Inherent in this guidance are risk factors that are described in greater detail in our regulatory filings. Our actual results could differ materially from those presented below. All figures are approximations based on management’s current beliefs and assumptions.

Tags:resultsSierra Wireless
Previous : Annual Smart Grid Spending to Reach $65 Billion by 2017
Next : Arduino gets 3G connectivity and pushes the Internet of Things to reality