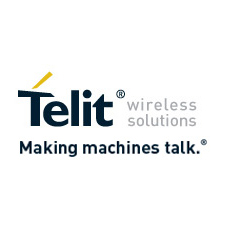 Machine-to-machine wireless technology specialist Telit (LON:TCM) has seen a “strong start” to 2012, with first half sales up by more than a fifth.

M2M technology connects machines and devices wirelessly so they can communicate without human intervention.

It is already used in a range of industrial processes and remote monitoring tasks, from electricity meters to vending machines.

Healthcare providers use m2m technology to monitor vital life signs, while car makers can use it to assess a vehicle’s performance constantly.

Telit, which makes the modules that are put into machines to enable them to communicate, has about 25 per cent on the module market and said it had maintained its strong position in its core market over the past six months.

The group has also started to take its first steps into the managed services arena.

As part of a soft launch, the company initiated pilots with more than 80 customers, which between them have a potential market of more than 1 million annual subscriptions.

The m2mAIR managed services business should also provide Telit with a recurring revenue stream in addition to the established module business, it added.