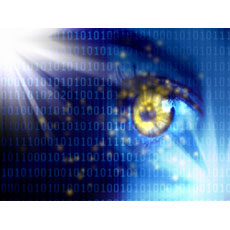 The automotive industry will be one of the first to use M2M, driven by European regulations, says Jürgen Hase, vice president of Deutsche Telekom’s machine-to-machine centre in Bonn.

In a period of just a few weeks, Deutsche Telekom has taken two significant steps to promote the development of mobile technology for machine-to-machine services.
First, the company launched its machine-to-machine marketplace at the end of May, a platform for manufacturers and dealers from around the world to offer their hardware, software, apps and full-package solutions relating to machine-to-machine communication.
Then, just a few weeks later, the company followed up with a portal for developers of applications, to provide them with application programming interfaces, programming guidelines and software development kits.
But this are just the latest stages in a concerted effort by Deutsche Telekom to position itself as one of the leading innovators in what everyone now abbreviates to M2M.
“Our M2M competence centre is three years old at the end of this year,” says Jürgen Hase, who is vice president of the Bonn-based centre.
This started off with a feature called the “developer garden”, a portal which will play an important role in the integrated developer community.
“Over the last three years, developer garden has grown into a successful hub for programmers,” says Hase. “Over 7,000 users are already active on the portal. We now want to continue this success story and integrate our M2M developer community into the developer garden portal.”
Hase and his colleagues will be offering developers solutions a knowledge exchange and networking platform as well as expert support. There will be technical help in form of APIs and software development kits.
“The developer community will be an ideas catalyst to support the growth of M2M technology,” says Hase.

“We believe that in the future we will need new ideas and solutions for a variety of applications in different industries.”

Industrial automation
The big three industries that will adopt machine-to-machine technologies are, he says, the automotive industry, smart metering and e-health, followed by industrial automation in fourth place. “But in the short term a lot of applications are coming from industrial automation”, which offers a relatively fast return on investment, he believes.
“M2M means a manufacturer can manage a worldwide installed base of machines.” This is being driven in particular by small and medium enterprises, says Hase.
The car industry will follow in what he calls the second wave. “We’ll see the automotive industry integrate M2M solutions into the car.” The first roll-outs will be in “one to two years”, with the mass market starting in “one to three years”.
The European Commission is promoting this heavily. In September 2011 it adopted a recommendation that all new cars and light vehicles sold in the EU after 2015 should be able to call the emergency services automatically in case of an accident.
“Millions of citizens will benefit,” said Neelie Kroes, the EC’s vice-president for the digital agenda, announcing the measure in 2011. The project, called eCall, “will save hundreds of lives and reduce the pain and suffering of road accident victims”, added Kroes.
The EC calculated that it will cost less than €100 per new car to install the system, which will be activated only by a crash — an attempt to rule out privacy concerns. The Commission’s aim is for all 27 member states to adopt eCall, as well as Croatia, Iceland, Norway and Switzerland.
But it seems likely that once vehicle manufacturers start installing eCall systems, and creating relationships with telecoms operators to manage the systems, they will see the benefits of adding other M2M services.
Hase can see opportunities for telemetric services in each car, as well as mobile-based in-car entertainment services.
Operators such as Deutsche Telekom — and its systems integration division, T-Systems — will have a key role in working with automotive companies and firms in other industries in helping to develop M2M, says Hase. And a financial incentive: “Only 15% of the value of the service will be in the connection,” he calculates. DT will want to extend its activities to the rest of the IT systems and in the systems integration.
Indeed, that means DT will not just promote M2M in areas where it owns mobile networks, because potentially 85% of the revenue comes from other than the connection cost. “We will be able to use France Telecom or another network,” says Hase. “We can offer a total solution.”

The end of nuclear power
If the European Commission is behind the use of M2M in the car industry, Germany’s national government has emerged as a promoter of M2M in smart metering. In the middle of 2011 chancellor Angela Merkel’s government confirmed a plan to end the use of nuclear power by 2022, closing down all remaining plants — which provide about 17% of the country’s energy needs — by then. The decision had originally been announced a decade before by Merkel’s predecessor as chancellor, and her political opponent, Gerhard Schröder.
“We will need a smart grid” in order to drive the efficiencies in energy use that this closedown will require, says Hase. “The utility companies are willing to invest.”
And, just as the eCall system in the car will provide the way in for the introduction of many other mobile-based services, the introduction of smart meters into German homes will lead to a range of sophisticated domestic applications, including security. It will also give Deutsche Telekom and other German companies experience in the technology that they can sell elsewhere. In making her 2011 announcement, Merkel specifically referred to the competitive advantage Germany would gain from its decision.
“We are creating partnerships,” says Hase — making it clear he’s talking about a range of industries, from cars to energy to vending machines. “We are experts in the connectivity layer, in data and in security. We are not the experts in vending machines. That’s why we are creating partnerships.”
Operators such as DT will have specific expertise to offer as well as connectivity — such as collecting data from the sensors in an M2M system.
Deutsche Telekom has more than 300 staff already working on M2M, he adds. The company and its partners and rivals are looking for what some believe will be a huge market for M2M. One often quoted figure suggests that there will be 50 billion SIM cards in M2M applications by 2020. “In the long term I believe you will have 50 billion devices,” says Hase.

Coffee machines and solar panels
The first signs are there. He is in touch with “a coffee machine producer that is planning 100,000 [connected] coffee machines worldwide”. Back in the energy field, a German maker of solar panels wants to put M2M remote monitoring in each of 500,000 panels across the world.
“That’s why I believe in the 50 billion story. It will come, for sure.” He gives another example: a project in the Netherlands to use M2M devices to tag cows, “for the lifetime management of the cow — it’s a form of industrial automation”. Cattle in much of Europe already have plastic tags in their ears, so that farmers and the authorities can monitor their production and record their movements: a SIM card would automate much of that.
In a move to extend coverage and widen the pool of expertise, Deutsche Telekom is a member of the Global M2M Alliance, a grouping — abbreviated to GMA — with France Telecom and TeliaSonera that is different from the alliance of seven other telecoms operators that was announced in mid-2012.
The GMA will help create de facto standards for the use of M2M, he says, “including areas such as how we test the modules”. The idea is to have an M2M connectivity platform with standards and open APIs that will enable users to migrate from one supplier to another. “This has to be more standardised, as we need high scalability.”
That’s important to the economics of M2M, he notes. The volume of data will be low, so the revenue for the connection will be low, “and that means the price per module will have to be low”. That’s also why companies such as DT are keen to move up the value chain as the M2M market evolves, he adds.
“We want to add services. We are in an excellent position. The market is asking for a trusted partner.”
Such a partner will be responsible for the lifetime management of the SIM card, he points out. The operator will have to be there to backhaul the data, to collect it and to feed it into the client company’s systems in a suitable format.

Two megabytes a month
“But the data volumes will be low, less than two megabytes per month” for a typical application, he notes. “It will be the same for the next 10 years”.
However, to the advantage of the operator, “the ARPU is low but the churn rates will also be low”, he adds. “There will be a long-term relationship with the partner.”
That’s why DT and other operators are starting to see M2M as a way into customer organisations to offer over-the-top services, adding new features to the basic service.
It’s clear that machine-to-machine is going to be important to the mobile industry. What we are seeing at the moment is a classic land-grab: DT and its rivals are seeking to set up those relationships with key corporate customers — car makers, electricity companies, even makers of coffee machines — that will persist for years or decades to come.