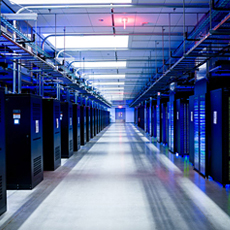 If you think we’ve got Big Data problems now—with “only” about 9 billion devices connected to the Internet—what’s the situation going to be like when that number soars to 50 billion at the end of the decade?

An article by Bob Evans (Oracle), on forbes.com.

Oracle president Mark Hurd recently raised the possibility that unless businesses and government agencies can seize control over that Big Data explosion, then they’ll run the risk of simply being overwhelmed by vast volumes of data that they can’t find, control, manage, or secure—let alone analyze and exploit.

As a ZD.net article reported:

Hurd said that the world was “drowning” in vast amounts of data — which has grown eightfold in the past seven years — and companies are running out of space to store it all. With more than nine billion existing devices connected to the Internet, end businesses are struggling to cope with storing the vast amounts of data they collect.

Indeed—what happens when that already-tricky situation is compounded dramatically as an additional 40 billion devices get connected to the Internet over the next several years and begin streaming out massive volumes of data about speeds and location and performance degradation and volume of usage and even such vital but narrowly focused applications such as whether or not your morning coffee is ready?

To help understand some of those implications, a new study commissioned by Oracle outlines some of the impacts those billions of devices will have on the data demands of businesses and other large organizations—and if we think our challenges today are best described as “Big Data,” just wait.

Drilling into this wild new world of machine-to-machine (M2M) data, the study—called “Designing an M2M Platform for the Connected World”—says that “M2M data from remotely located assets and devices in the field is increasingly being used more broadly for strategic purposes and value creation throughout the enterprise. It has also become a means for creating new market opportunities while providing a competitive advantage for enterprise users in their own key markets.”

I recall coming across an early discussion of this general phenomenon about 12 years ago when RFID technology first began to offer the promise of cost-efficient data streams and intelligence-gathering from machines.

While many big retailers, consumer-packaged-goods companies, and logistics companies initially expressed great interest in RFID technologies, their immediate concern was how in the world would they ever be able to manage the unprecedently massive streams of data emanating from these new networks of things.

Imagine that possibility cranked up exponentially as everything from mobile phones to shoes to cars and household appliances, from pets to smart meters to clothing and surgical devices, from heavy industrial equipment to security devices to assembly lines become stuffed with intelligence and begin spewing out digital records of what they’re doing, seeing, sensing, and shipping.

In commissioning its study about how businesses can take full advantage of this dynamic new world, Oracle sought to shed some light on the requirements for turning machine-to-machine raw data into actionable intelligence, along with an eye toward how those demands might shift over time.

Beecham Research found that because most early adopters of M2M technologies and solutions are looking to create new services built on these new data streams, top-priority initiatives have to be end-to-end security that ranges from the device all the way through to the data center and the end-consumer of the data; and, the need for these massive flows of data to be integreated fully with existing IT systems in ways that allow the data to be analyzed and transformed into business insights.

As a result, the study says, companies should pursue these initiatives with an eye toward launching innovative products and services:
“Although data storage requirements for M2M solutions have often not been huge in the past, this is changing with very large volumes of data expected in the future. In addition, insight from real-time intelligence can open up a whole new world of solutions.”

Along the way, the M2M movement is expected to join forces with another disruptive force in the IT world: cloud computing.

Survey respondents from around the world said that “Leveraging the cloud was noted as key in M2M projects, as it greatly reduces the cost and complexity of delivering M2M solutions,” Oracle said. “In fact, 90 percent of respondents noted the cloud as being ‘vitally important’ to M2M initiatives.”

Tech companies hoping to play a role in this dynamic new field will have to determine whether they want to be niche players that require extensive integration with other vendors’ equipment, or if they want to try to play a broader role that allows customers to focus more on business outcomes and less on cobbling together various point solutions.

Oracle’s strategy is to be an end-to-end player so that customers can “capitalize on new business models that are enabled by the pervasion of connected devices,” said Oracle senior vice-president Chris Baker in a statement .

“From Java on the devices to Oracle Engineered Systems in the datacenter, Oracle’s end-to-end M2M platform can simplify the process of collecting, storing, managing and analyzing the data collected by connected devices, while minimizing storage costs and helping ensure the integrity and security of data,” Baker said.