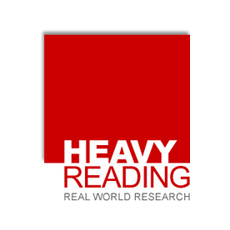 Although Long Term Evolution (LTE) seems excessive to machine-to-machine (M2M) users, it offers many benefits, including reduced operation costs and “future proofing,” according to the latest report from Heavy Reading 4G/LTE Insider, a paid research service of Heavy Reading (www.heavyreading.com).

LTE for M2M: The Long-Term Opportunity Begins Now identifies and analyzes these and other key issues affecting M2M adoption of LTE through 2015. It explores the major drivers of and barriers to adoption, such as bandwidth requirements, as well as industry strategies for reducing hardware premiums at a faster rate than volumes alone would enable.

“At first blush, LTE seems to have everything that M2M users don’t need,” notes Tim Kridel , research analyst with Heavy Reading 4G/LTE Insider and author of the report.
“That assumption is correct, but it also overlooks all of the reasons why so many operators, vendors and end users are already exploring LTE for M2M – and, in a few cases, using it.”

A couple of factors make LTE intriguing for M2M applications, Kridel says. “One is that its spectral efficiency and other attributes reduce the operator’s cost of delivering service below that of incumbent technologies such as GPRS, CDMA2000 1X and UMTS,” he continues.

“Further, some users are considering LTE as a form of future-proofing, especially those whose devices need to remain in the field for five, 10 or 15 years. For them, paying a premium for LTE hardware could be less expensive than replacing 2.5G modules when operators shut down those networks.”

Key findings of LTE for M2M: The Long-Term Opportunity Begins Now include:

About Heavy Reading
Heavy Reading is an independent research organization offering deep analysis of emerging telecom trends to network operators, technology suppliers, and investors. Its product portfolio includes in-depth reports that address critical next-generation technology and service issues, market trackers that focus on the telecom industry’s most critical technology sectors, exclusive worldwide surveys of network operator decision-makers that identify future purchasing and deployment plans, and a rich array of custom and consulting services that give clients the market intelligence needed to compete successfully in the global telecom industry. As a division of UBM Tech (tech.ubm.com), Heavy Reading contributes to the only integrated business information platform serving the global communications industry.