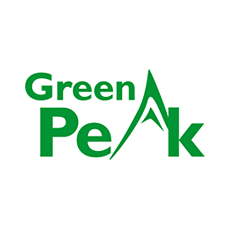 ZigBee Technology is Backbone of the New Smart, Connected Home.

GreenPeak Technologies, a leading low power RF-communication semiconductor company, today announced the year of ZigBee. Worldwide, GreenPeak and other ZigBee semiconductor suppliers are now shipping millions of ZigBee chips every week, making ZigBee the only credible open worldwide standard for the smart home supported by cable and satellite operators and other companies playing in the smart home space.

“ZigBee has been recognized as the connected and smart home technology of choice, due to its worldwide standardization and acceptance via the cable TV and service provider industries.”

Once the cable companies have taken the first step of providing ZigBee networks in the majority of new set-top boxes, it helps create a thriving industry of ZigBee add-on devices for the home – making it easy for installers, system integrators, and home do-it-yourselfers to install a wide range of ZigBee devices onto the cable companies’ ZigBee backbone within the home. Revenues from services derived from ZigBee backbones within the home are set to skyrocket from $80 million in 2012 to over $1.7 billion in 2017.

According to IMS Research – now part of IHS – one of the key trends driving the use of ZigBee in the ‘smart home’ is the adoption of the technology by managed service providers in the U.S. and Europe, offering home monitoring and energy management systems via cloud-based home management platforms. The growing traction of ZigBee RF4CE in home entertainment devices is set to continue. IHS projects that shipments of ZigBee RF4CE ICs will grow with a CAGR of 29.1% in the period 2012 to 2018 as ZigBee RF4CE is increasingly incorporated in a range of devices such as set-top boxes, television sets and the accompanying remote controls as an IR replacement technology, enabling more sophisticated interaction with home entertainment devices.

According to Greg Potter of MRG, “The ZigBee revolution is driven by cable companies and service providers who wish to expand their market by a wide variety of home services, in addition to delivering content. Often called the Fifth Play, cable companies are now adding home services to the previous four plays: TV & movies, broadband Internet, VoIP and wireless phone services.”

“There are approximately 600 million homes connected to the internet – each of these is a potential customer for a ZigBee home network, with over a hundred possible devices in each home talking to the network: from thermostats, lights and switches, security sensors, door locks, appliances, remote controls, etc.”

“GreenPeak’s Open Smart Home Framework provides a context in which all these devices seamlessly connect to each other and to the internet via the low power ZigBee standard, complementary to WiFi for data sharing and content distribution.”

ZigBee is a trademark of the ZigBee Alliance.