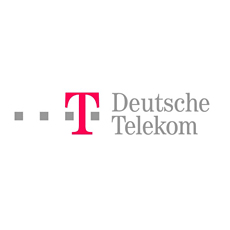 Today’s professional surveillance camera does more than just take pictures. It recognizes the sound of breaking glass, recognizes movements in the image, and senses changes in the airflow. Thanks to M2M it can also make phone calls and send e-mails, texts and multimedia messages in the event of a break-in. Deutsche Telekom partner Jablocom’s EyeSee camera is a highly advanced M2M camera that is affordable for private individuals and small enterprises.

From a vacation home to a practice or a store, protecting sites permanently from break-ins used to be a significant expense that private individuals and small enterprises were reluctant to incur. Few if any store owners can afford a solution that includes security personnel to maintain a constant watch on their goods and property. And few private individuals are going to hire a night watchman to guard their vacation home. Thanks to the next generation of M2M surveillance cameras, however, more private individuals might soon be able to benefit from security solutions. The new devices observe their surroundings 24/7 and alert owners automatically when suspicions arise.

One such solution is the EyeSee camera developed by Deutsche Telekom partner Jablocom. Jablocom was founded in 2005 as a spin-off from the Jablotron Group, a manufacturer of alarm systems, automotive technology, and telemetry solutions. Jablocom has since developed and manufactured M2M products such as surveillance cameras and mobile desktop telephones. Since mid-2012 the Czech company has been a Deutsche Telekom partner. Its products are available worldwide from Deutsche Telekom’s M2M Marketplace. The EyeSee GSM camera EyeSee currently costs EUR 334 plus value-added tax on the manufacturer-independent sales and distribution platform.

More than an eye
The EyeSee camera incorporates several sensors that scan the surroundings day and night. They include, for example, an infrared motion detector and a noise detector that registers the sound of breaking windowpanes and sounds above a certain noise level. The device can even register the opening and closing of doors and windows by means of changes in airflow. Other sensors notice when someone touches the camera or changes its angle of vision. 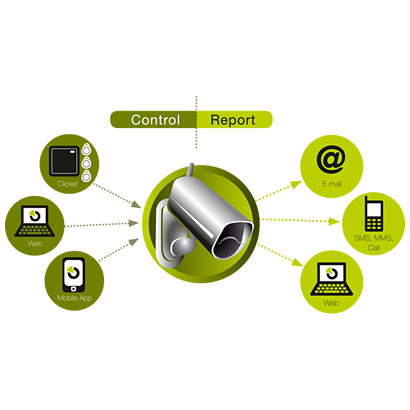 The camera is connected with the outside world via the GSM network and in an emergency can raise an alarm – by phone, e-mail, text, or multimedia message. Reporting parameters and levels of sensitivity can be calibrated individually via the www.jablotool.com Web portal. Furthermore, there are five predefined profiles for typical uses such as home, garage, business, home care, and in the open air. An M2M SIM card is required to operate the camera and is supplied by Deutsche Telekom.

M2M protects cultural heritage
Store owners and private individuals are not alone in benefiting from connected surveillance solutions such as the Jablocom camera. The Slovakian Kalvársky Fund used it to protect restoration work on the Calvary Hill in Banská Štiavnica, one of the most important monuments of its kind in Europe. In three churches and 19 chapels the complex illustrates the Passion of Christ by means of frescoes, sculpture, and paintings. Jesuits built the religious buildings in the mid-18th century. The Kalvársky Fund embarked on restoration work five years ago but soon faced problems.

Thefts occurred repeatedly during the restoration work. The thieves entered the site at night and stole copper wire. As the construction sites then no longer had electricity, work had to be called to a halt for two or three days. An inexpensive mobile solution that could be deployed flexibly at endangered locations was what was needed. Depending on where restoration work was in progress, some areas of the Calvary were more attractive for thieves than others.

A few days after the Kalvársky Fund had purchased a Jablocom camera and set it up at a church, two employees were alerted at night by a multimedia message. It showed someone who was at work on the newly laid power lines. The employees immediately called the police and drove up the Calvary Hill. Together they caught the thief, since when restoration work has progressed smoothly.

Night watchmen of steel
Next generation connected cameras achieve an unprecedented level of security by means of a number of sensors and automatic notification opportunities. Unlike conventional surveillance cameras they do not require security personnel to be constantly on-site or to monitor images remotely. Private individuals, small enterprises and institutions stand to benefit most. They can protect themselves and their property inexpensively.