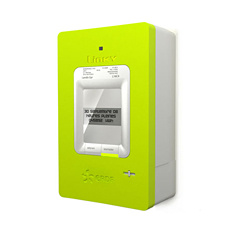 French Prime Minister Jean-Marc Ayrault announced the go-ahead of the country’s smart electricity metering rollout on Tuesday, with the first phase of 3 million smart meters to be deployed by 2016.

The full nationwide rollout of 35 million smart meters will be completed by 2020, with an investment of €5 billion.

Announced as part of a new “Invest in France” plan at the Pierre and Marie Curie University, Prime Minister Ayrault said a tender for 3 million Linky meters would be issued by ERDF during the summer.

Prime Minster Ayrault, said:
“This investment is being mobilized directly for the environmental and energy transition.”

“These new meters will make life easier for users through remote reading, will help them manage their electricity consumption with better information, and will allow the development of new services as the autopilot of the electrical devices in the home.”

The ERDF developed Linky meter has been under test in a 300,000 meter pilot in Touraine and Lyon since 2009. In addition more than 25,000 Linky meters have been deployed in some of the dozen other smart grid pilots that ERDF currently has under way across France.

The “Invest in France” initiative is a new investment program to advance technological innovation and improve economic competitiveness in a number of fields. In addition to energy these include mobility, IT, healthcare and urban renewal.

According to the initiative press dossier, it is estimated that taking into account the required design and manufacturing operations, up to 80 percent of the meter could be made in France (presumably by value?). The project is also expected to lead to the creation of around 10,000 jobs, of which half would be for the installation, with the EDF Group intending to develop a center of excellence for export.