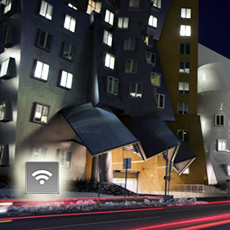 Counter to the somber mood that many metering manufacturers have been displaying in recent years, worldwide shipments of communication-enabled meters will grow to more than 100 million units annually in 2014, according to IHS Inc.

Up from an estimated 82 million units in 2013, annual shipments of the meters will pass the hundred-million mark next year and remain there until at least 2017. By then, these units are expected to account for almost $5 billion in revenue for meter manufacturers, reveals the report entitled “The World Market for Smart Electricity Meters – 2013.” 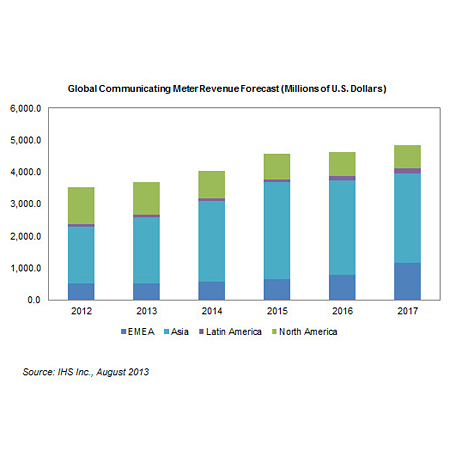 The projection comes despite a rapidly decreasing North American market given the drying up of government funding, watered-down meter legislation in Latin America and continuing delays to the long-expected smart meter rollouts in the European Union.

“While it is true that growth in many of the traditional markets for advanced metering solutions has been disappointing in recent years, there is quite a bit of good news as well,” said Jacob Pereira, IHS analyst for smart utilities infrastructure.

“China’s massive infrastructure-modernization effort includes a continuing countrywide overhaul of old metering systems, and that can make a big difference in a country of well over 400 million metering endpoints. In addition, recent announcements from some of the larger EU economies have added clarity to when their long-anticipated rollouts will begin in earnest, charging up the market.”

Even so, the majority of communicating meters being installed in Chinese homes and businesses do not meet the “smart” criterion for many people, Pereira noted.
“These meters are simple one-way communicating devices used for automatic meter reading, not the advanced functions usually associated with the word ‘smart.’ However, the European meter rollouts expected to start up within the next few years will generally incorporate multiple other features,” Pereira added.

The news of future growth is sure to be a relief to many manufacturers who have become used to dismal news in recent years, such as the end to U.S. stimulus funding, Brazil’s disappointing meter mandates and multiple delays to European rollouts.

“The market for communicating meters isn’t stopping, or even slowing for that matter,” Pereira observed. “It’s just changing locations.”