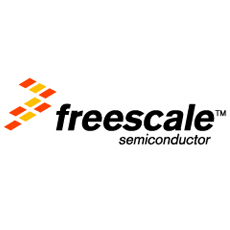 Companies also team up on ARM mbed project to streamline development of edge/sensor nodes for the Internet of Things.

As demand grows for a common, open and secure Internet of Things (IoT) service delivery infrastructure from the cloud to the network’s edge, Freescale Semiconductor (NYSE: FSL), ARM® and Oracle are answering the call with a growing portfolio of segment solutions for next-generation IoT service providers and edge node developers.

Working with ARM and Oracle, Freescale has established a secured service platform that will help standardize and consolidate the delivery and management of IoT services for a range of vertical markets. Freescale’s “one box” platform combines end-to-end software with converged hierarchical smart gateways to establish a common, open framework for secured IoT service delivery and management. The platform was unveiled and demonstrated last month at JavaOne San Francisco 2013, and featured support for home automation and smart energy applications.

Today at ARM TechCon 2013, Freescale announces that the one box platform will additionally support the smart grid and telehealth IoT service markets. The one box telehealth service is suitable for both clinical and home-based deployments, and, among other benefits, is designed to help IoT service providers meet the certification requirements of the Continua® Health Alliance.

“The IoT is all about enabling and accelerating innovative new services, and we are encouraging smaller players to thrive and innovate, from both the service provisioning and edge node perspectives,” said Geoff Lees, senior vice president and general manager of Freescale’s microcontrollers business.

“The one box platform is an impressive example of how the Internet of Things is being brought to life by ARM and its partners,” said John Cornish, executive vice president and general manager, System Design Division, ARM.

“We are delighted to be collaborating with our partners Freescale and Oracle to help the IoT to become a reality.”

“The one box platform gives developers the open standards they need to kick-start the IoT revolution and create the next exciting generation of energy efficient and intelligent technology.”

“The Internet of Things is an exciting opportunity that will only be fully realized if we can create an open, cross-industry platform to help customers decrease time to market, manage costs and securely deliver new capabilities for embedded devices,” said Nandini Ramani, vice president of development, Java Platform, Oracle.

“We are excited to be working with Freescale and ARM to address this challenge by delivering a standards-based, secure service platform, built on Java and mbed™, so we can enable the market to take full and rapid advantage of the new business opportunities presented by the Internet of Things.”