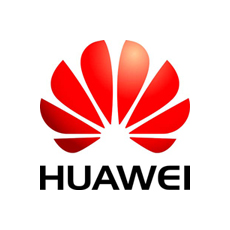 China’s Huawei has thrown its considerable weight behind the promotion of 4G technology for use with M2M services.

In a statement about its progress on winning 4G business, the equipment vendor said that while LTE networks are today being used mainly to connect people to the internet they would increasingly provide support for M2M and Internet of Things solutions.

“The mobile networks of the future will connect to any device, anywhere in the world, with near zero latency. The opportunities for industry are infinite – for medicine, retailing, transport, banking, media, education and manufacturing.”

According to Huawei, LTE could be used in a variety of M2M applications, from connected vehicles and intelligent traffic management systems to domestic utility meters and smart grids.
Huawei’s statement comes several weeks after the publication of a new paper by Machina Research forecasting that LTE would become the main cellular M2M technology by 2022.

According to the market-research company, the decommissioning of 2G networks, rapidly expanding LTE coverage and falling equipment prices will all work to 4G’s advantage.
AT&T (Dallas, TX, USA) and Verizon Wireless (New York City, NY, USA) have already announced plans to shut down their 2G networks over the next few years – moves that will force M2M customers using older cellular technology to move to newer standards.

M2M customers whose bandwidth needs are fairly limited have expressed concern about the cost of LTE subscriptions and devices, but these seem to be dropping as networks are built and 4G-compatible modules appear.

Huawei now claims to have signed a total of 241 LTE contracts worldwide. In the meantime, new M2M applications are being developed that need higher-speed connections to operate effectively.

Tags:4G LTEHuawei
Previous : Bosch sets up company for internet of things and services
Next : M2M Visions of 2020