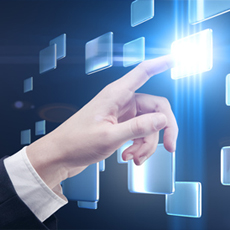 2013 as a whole was another year of strong corporate activity in the M2M market. A total of 147 events easily surpassed the 115 events that were recorded in 2012.

While 2013 saw many more companies taking to the press wires to publicize their sales wins, these are not recorded here as corporate initiatives. If anything, sales wins are the consequence of one or more corporate strategy commitments made in prior years.

An important development that occurred over the course of 2013 was a shift in sentiment to promote IoT in preference to M2M. This began with a raft of announcements at the Consumer Electronics Show (CES) in January 2013. Momentum continued to build around the IoT theme due to significant publicity drives and business commitments by large organizations such as ARM, Bosch, Cisco, GE and Intel.

From a value-chain perspective, corporate initiatives remained strong amongst product/technology vendors, mobile operators and enabling-platform service providers. As anticipated in my 2012 review, there was a growth in activity involving users of M2M and IoT solutions; users in this case applies to companies that are offering connected-devices and –services to consumer and enterprise customers.

The distribution of 271 companies and organizations involved in the 147 corporate events of 2013 are mapped along the value-chain below.

There were 90 instances of mobile operators being involved in corporate initiatives; of these 90 instances, 10 involved Telefónica, 8 involved Deutsche Telekom and Verizon Wireless took third rank with 7 appearances.

Outside the strict boundary of the M2M service delivery value chain, there were 4 instances of investors getting involved in the market.

Companies using M2M/IoT – referred to as ‘Users’ in the value chain – accounted for 30 corporate initiatives as illustrated below. These initiatives took the form of a strategic collaboration with other organizations along the value chain e.g. ‘MNO + User’ or ‘Vendor + User’ etc.

By far the most frequent approach involved some form of collaboration with an MNO i.e. an ‘MNO + User’ business arrangement; specifically, there were 15 cases where Users of M2M technologies partnered with MNOs to create a connected device or service.

Across all ‘MNO + User’ initiatives, 9 out of 15 were in the transportation (enterprise and consumer vehicles) segment. This is not surprising in light of the many connected car campaigns that have featured throughout 2013.

These examples reveal an interesting development for the future. Specifically, some companies are acting on the strategic potential that M2M has to offer and taking primary responsibility for creating new product and service concepts. In the past, this type of activity would have been outsourced to a systems integrator or a capable MNO partner, for example.

Perhaps the boldest moves are those where ‘User’ organizations took principal responsibility for new M2M concepts. The two examples if this in 2013 were:

As the M2M market has matured it is quite possible that 2014 will see fewer corporate initiatives and more in the way of sales announcements. Activity in the IoT segment is certain to have a higher profile because it is being backed by several large organizations. Beyond the marketing hype, it will be important for companies to understand the differences between M2M and IoT and to plan their product development road maps accordingly.

It is also likely that there will be more development connected with the ‘User’ segment of the value chain not only because corporations are now beginning to believe in the benefits of embedding connectivity but also because of the proliferation of companies focusing on consumer connected-devices.