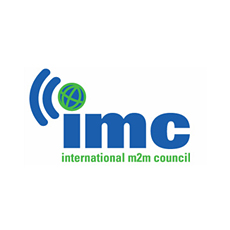 The world’s largest trade show for IT and communications has joined forces with a new trade group to put the business case for the “Internet of Things” front-and-center.

The massive CeBIT trade fair – held in Hanover (Germany) every March – has agreed to provide a showcase area where communicating machines will reveal how connecting such devices can bring profit.

CeBIT’s new Internet of Things Showcase is being organized in cooperation with the newly formed trade association for machine-to-machine communications, the International M2M Council (IMC). Proving the business case for IoT is the mission of the new London-based trade group, which already includes AT&T, Deutsche Telekom, and Oracle.

Used interchangeably, the terms IoT and machine-to-machine communications (M2M) refer to applications in which computers and sensors exchange data with each other to monitor and control remote machines. The terms cover life-enriching connectivity applications in areas such as connected cars, mobile healthcare, home security, smart grid, and mobile supply-chain.

The Internet of Things Showcase at CeBIT 2014 will include live demonstrations of in-home healthcare monitoring, fleet management systems, smart meters for gas utilities, embedded device components, and cellular networks dedicated to M2M use.

“IT departments are becoming more important for M2M deployments, and CeBIT is a fair that draws huge numbers from crucial vertical markets like the automotive, energy, and healthcare industries, as well as the public sector.”

The new exhibit is located in one the busiest parts of the fair ground – in the traditional communications area of Hall 13 at the main west entrance. Other M2M activities in the hall will include the M2M Zone Pavilion, which features exhibitors to the sectors in more traditional booths, as well as the M2M Zone Conference, which will offer case studies about IoT business models.

About International M2M Council: The IMC was formed in 2013 to foster widespread M2M adoption across a diverse range of industrial and consumer sectors by bringing together solution providers and adopters of M2M technology globally. For more information, visit www.im2mc.org.
Recommended IoT report - Download for free now !