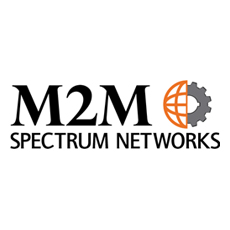 M2M Spectrum Networks, LLC today unveiled its plan to build and operate the first licensed, all-IP, wireless Machine-to-Machine (M2M) network throughout the United States. The network rollout will occur in multiple phases, with several trials scheduled to begin in Q2 2014. The network is expected to cover 75% of the US population by the end of 2015, and 95% by the end of 2016.

“Our innovative technology offers a timely and highly cost- effective way to deliver M2M solutions that fit customers’ needs across the Internet of Things (IoT).”

“We will be offering our customers a game-changing network, purpose-built and optimized solely for M2M applications, with innovations in provisioning, monitoring, pricing and other dimensions not yet seen in the marketplace. Ours is the M2M network customers can count on for the long term,” continued Knapp.