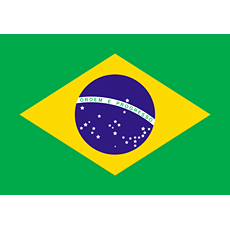 Brazil put into effect a regulation to reduce taxes for machine-to-machine (M2M) devices approved by President Dilma Rousseff in September 2012.

The regulatory decree was published in Brazil’s federal gazette Diário Oficial da União. The measure cuts the installation inspection fee TFI – paid by operators for each active terminal as part of the telecommunications fund Fistel – from 26.8 reais (US$12.2) to 5.68 reais.

The operation inspection fee (TFF), meanwhile, will be reduced to 1.89 reais from 8.94 reais. TFF is charged to carriers annually for each active telecommunications chip. All cuts are specifically aimed at M2M terminals. Smart grid, smart metering, car tracking, remote health monitoring are some of the most common M2M applications being considered by the initiative.

The country’s communications ministry MiniCom announced in a statement that the regulation will not impact the 2014 fiscal budget. TFF and TFI fees are scheduled to be collected in March of next year. For 2015, authorities estimate a loss of around 110mn reais as a result of the tax breaks.

Brazil has currently 8.48mn M2M connections, for a 3.11% share of the mobile telecommunications market, according to February data from telecoms regulator Anatel.

Communications minister Paulo Bernardo according to the release, said:

The tax benefits are also aimed at fixing a distortion that was preventing the development of M2M communication systems in Brazil, MiniCom said. Although M2M terminals are usually cheaper than mobile devices and generate lower revenues than cellphone plans, they were taxed similarly.

The decree signed by Rousseff in 2012 also foresaw the creation of an agency to manage the tax concessions and to boost the development of the segment.