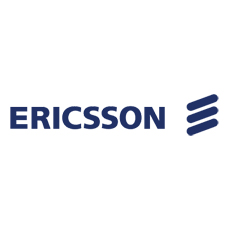 The latest Ericsson Mobility Report reveals for the first time that the number of active cellular M2M devices will increase 3-4 times by 2019, from 200 million at the end of 2013.

“We see cellular M2M taking off. Over time, cellular M2M services and applications related to, for example, intelligent transport systems, will require very short latency in order to be efficient. By 2019 we estimate that more than 20 percent of the active cellular M2M devices will be connected to LTE subscriptions. We also see new device-to-device and M2M applications as a key focus of 5G networks.”

M2M in transformation (extract from the report)

At the end of 2013 there were around 200 million cellular M2M devices in active use, and this number is expected to grow 3–4 times by 2019. Average M2M device penetration is around 2 percent of data subscriptions among measured networks, while it can reach 20 percent for those operators that focus on M2M. A closer look at the characteristics of M2M devices is required in order to better understand their impact on networks.

Securing cost-effective and seamless transfer between networks is a key concern for the global M2M roaming alliances being formed. Average M2M penetration is much higher as a percentage of data roaming devices – around 15 percent – which is explained in part by M2M roaming traffic from vehicle tracking and fleet management systems.

Contrary to other device types, a majority of M2M devices in active use are still GSM-only. Currently in North America, almost all devices are 3G or 4G and the only 2G devices that are left are M2M. This will also be the case in Western Europe in 2–3 years’ time. One reason for this is that the cheapest M2M modules are still GSM-only, which is needed for low ARPU M2M subscriptions. Another reason is that many current M2M applications do not require high network speeds. A third explanation is that M2M applications often have long lifecycles. A smart meter device, for example,
may be intended to last for up to 20 years, in contrast to smartphones which are typically replaced every 2–3 years. Given the long lifecycle of M2M applications, investment in the latest available radio technology may support future needs. Such measures depend on the module’s price feasibility.

The graph to the right shows that globally, around 64 percent of M2M devices are still GSM-only. It is based on measurements of all device types, taken over the past year from mobile networks¹ all over the world. M2M data subscriptions with 2G, 3G or 4G devices² are included in the analysis.

Although the number of M2M devices on GSM will increase in absolute terms, the share of these devices on this technology will reduce to around 30 percent in 2019. In 2016, it is expected that 3G/4G will be the dominant technologies of all active M2M subscriptions. LTE M2M device penetration is expected to reach more than 20 percent in 2019, up from today’s 1 percent, and will represent more than 40 percent of shipments in the same year.

M2M communication represents a small share – around 0.1 percent – of total cellular traffic in terms of bytes. This traffic share will go up as LTE M2M devices and more powerful processors are included in high bandwidth and low latency-demanding applications such as consumer electronics, vehicles and billboards.