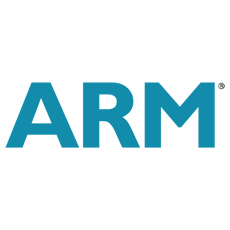 ARM® has announced a new software platform and free operating system to simplify and speed up the creation and deployment of Internet of Things (IoT) products.

The ARM mbed™ IoT Device Platform has been built around open standards and will bring Internet protocols, security and standards-based manageability into one integrated solution optimized for energy and cost-constrained devices. It is supported by the established and expanding mbed hardware and software ecosystem that will provide common building blocks for IoT devices and services. This new platform will accelerate the growth of the IoT by enabling innovators to focus on value-add features and differentiation.

“Deploying IoT-enabled products and services requires a diverse set of technologies and skills to be coordinated across an organization,” said Simon Segars, CEO, ARM. “ARM mbed will make this easier by offering the necessary building blocks to enable our expanding set of ecosystem partners to focus on the problems they need to solve to differentiate their products, instead of common infrastructure technologies. This will accelerate the growth and adoption of the IoT in all sectors of the global economy.”

“Today’s IoT devices largely exist in isolation and it has been impossible to realize a truly interconnected world where devices are interoperable with many different cloud services. The ARM mbed IoT Device Platform will solve this by providing a common communication and management toolkit that can be used for a wide variety of purposes.”

“We expect mbed to significantly speed up the large scale deployment of a new breed of both IoT devices and cloud services.”

Atmel: “By adopting the ARM mbed platform, Atmel broadens its breadth of easy-to-use hardware, software and development tools to help bring more IoT products and services to market,” said Steve Pancoast, vice president, software and applications, Atmel Corporation. “The mbed platform expands Atmel’s ecosystem for IoT developers across various functions from Makers to professional designers, offering an operating system solution that allows devices to talk to one another. We are excited to offer a Thread-compliant solution with the ARM mbed platform and to bring more interoperability to IoT devices.”

Ericsson: “As a leader in wireless networks, Ericsson welcomes initiatives to unify and accelerate the Internet of Things,” said Erik Ekudden, vice president, head of technology strategies, Ericsson Group Function Technology. “ARM’s mbed platform has the potential to enable thousands, if not millions, of connected applications in Ericsson’s vision: the networked society.”

SeeControl: “This is a much-needed effort to streamline the universe of technologies and options that define the Internet of Things (IoT),” said Bryan Kester, CEO, SeeControl. “The ARM platform offers a superior mix of IoT security tools, protocols and enabling technologies to enable hyperconnected edge networks that deliver a lot of computing without excess power consumption. Our enterprise customer and developer community are more productive than ever with the SeeControl and ARM mbed suite.”

wot.io: “ARM is one of the industry’s finest when it comes to microprocessing technology and we’re honored to partner with an organization of its caliber,” said Allen Proithis, president and founder, wot.io. “With ARM mbed as an integrated part of wot.io’s data service exchange for connected device platforms, wot.io is further fulfilling its vision to enable anyone deploying an Internet of Things solution to quickly connect, enhance and monetize data for business ROI.”