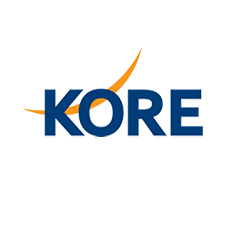 KORE, the world’s largest managed wireless services provider specializing in machine-to-machine (M2M) communications, announced today that it achieved significant growth in 2014.
The company is positioned for accelerated growth in 2015 following consolidation of RacoWireless into its mainstream reporting after closing the acquisition in early December 2014.

In September, ABRY Partners, one of the most experienced and successful communication sector-focused private equity investment firms in North America, acquired a majority interest in KORE. The investment provided growth and acquisition capital allowing KORE to further its goal of creating the pre-eminent independent provider of broad-based M2M service solutions on a global basis.

KORE acquired RacoWireless, a company recognized for its experience and reputation for making IoT/M2M easy by providing end-to-end connectivity solutions. Following the completion of this transaction, the combined company will have offices in five countries and serve more than 3 million subscribers on behalf of over 1,500 customers using services in more than 110 markets around the world.

In 2014, KORE signed over 200 new solution provider partners. With KORE’s seamless global network as their backbone, these M2M partners are driving substantial adoption of M2M in markets such as telehealth, smart-home, fleet management, environmental monitoring and oil and gas to name a few.

Acquisitions and partnerships helped further KORE’s global reach and capabilities throughout 2014. With the acquisition of Jazz Wireless in early 2014, all existing Jazz customers gained access to the KORE Global Connect multi-technology network and to its control platform, PRiSMPro™. KORE also pulled in the experienced M2M network management and technical teams from Jazz, as well as adding its interconnect agreement with T-Mobile. KORE also announced a partnership with Telefonica, which will provide to KORE the leverage to expand its M2M network services further into Central and Latin America (CALA).

“Solution providers recognize that there are significant differences between M2M networks. As a result, they’ve chosen KORE and helped us become the most recognizable M2M network platform in key emerging segments. Our commitment to ongoing innovation and growth provide a significant competitive advantage.”

In 2014, KORE continued to enhance the power of its industry-leading M2M network by announcing partnerships with B&B Electronics, ATrack, Inmarsat and Multi-Tech. And KORE leveraged its existing relationships with AT&T and T-Mobile in the United States and Rogers in Canada to provide LTE services across North America.

With the growing popularity of the Internet-of-Things, KORE continues to assert its position in the telecommunications industry through thought-leadership, white papers, speaking opportunities and industry awards. In the past twelve months, KORE CEO Alex Brisbourne has spoken at multiple industry conferences and events including, but not limited to, the M2M World Congress in London, England and the M2M Innovation World Congress in Marseille, France. KORE continued to drive broad understanding for enterprise customers through its founding position in the International M2M Council (IMC) that, within 18 months, has attracted almost 4,000 member organizations.

In addition, KORE’s PRiSMPro platform has received numerous awards throughout the year, including Compass Intelligence’s A-List in M2M Award and M2M Evolution’s Battle of the Platforms Award.
KORE has also been recognized as a crucial partner in M2M deployments through wins of the Value Chain Award and the Business Impact Award for their customer Clear Blue Technologies.