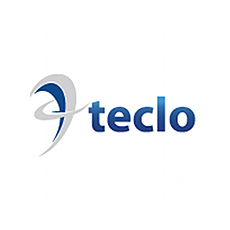 Teclo Networks, a leader in TCP/IP data optimization, announces that its S-Series solution has been deployed by Stream Technologies to optimize the flow of data for IoT (Internet of Things) and M2M (Machine to Machine) devices to deliver seamless network connections and increase battery-life cycles.

Stream Technologies approached Teclo Networks for a robust solution to enhance connectivity. Thanks to faster data transfers via TCP/IP optimization, Stream Technologies has seen a reduction in battery replacement cycles as M2M devices now use less power when they ‘communicate’ with other machines.

As a spectrum agnostic solution, the S-Series is able to work across all of Stream’s networks, including 2G, 3G, 4G LTE, satellite & LPRN. With experience gained from optimizing data for a number of tier one operators including Free Mobile in France, Teclo has already demonstrated the performance increase its solutions can achieve. With carrier class reliability in live mobile and business networks, Teclo’s solutions are ready for the exponential growth in data from IoT and M2M devices – and making them more energy efficient.

“Battery-life is a major operating expenditure and frustration for customers. The S-Series is helping reduce this and bringing IoT and M2M to life for more businesses,” said Nigel Chadwick, CEO of Stream Technologies. “We have been working with Teclo Networks for almost three years to help provide our customers with an innovative solution that delivers real business benefits.”

“Mobile networks are already congested and the billions of devices that are expected to form the IoT are going to have a dramatic effect on network performance. For both business and mobile networks, optimization is vital. Managing this is going to become a major hurdle for companies wanting to deploy M2M and IoT networks. The S-Series can deliver the performance boost connected devices need.”

Tags:M2M networkM2M partnershipsStream Technologies
Previous : Infineon Drives Next Generation Cellular M2M Communication
Next : Connecting the Enterprise to the Edge: Telit Enabling the Next Quantum Leap in Productivity across the Internet of Things