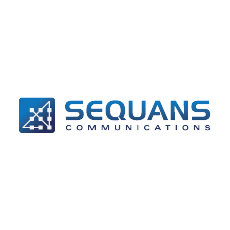 Sequans Communications S.A. and Verizon Wireless announced today that the companies had recently collaborated with Ericsson to conduct testing of LTE UE Category 1 devices powered by Sequans on a Verizon trial network using Ericsson 4G LTE infrastructure.
LTE Category 1 (CAT1) devices have a maximum downlink speed of 10 Mbps, and are expected to provide significant reductions in cost, size and power consumption compared to their higher performance counterparts typically found in smartphones and other consumer mobile data devices. These advantages are expected to enable the rapid adoption of LTE technology in the Internet of Things, including machine-to-machine (M2M) and consumer wearable devices, where high throughput is not a key requirement.

The trial took place in the fourth quarter of 2014, and successfully proved the ability of CAT1 devices to coexist with other higher-performance LTE devices. Verizon’s nationwide 4G LTE network provides the extensive coverage to support low cost LTE-only CAT1 devices to enable the Internet of Things.

“This work is an exciting addition to our ongoing work with Verizon which included the certification and commercialization of CAT4 chipsets for use in retail devices such as the Verizon Ellipsis Jetpack MHS800L. And now we look forward to helping the Internet of Things flourish on Verizon’s 4G LTE network using our CAT1-optimized solutions.”

Tags:EricssonLTE Cat-1LTE for IoTSequans CommunicationsVerizon Wireless
Previous : Connecting the Enterprise to the Edge: Telit Enabling the Next Quantum Leap in Productivity across the Internet of Things
Next : Jasper and China Unicom Partner to Enable Enterprises Throughout China to Deliver Internet of Things Services