More than eight million building management systems (BMS) will be integrated with some form of Internet of Things (IoT) platform, application or service by 2020, according to a recent report from ABI Research.

However, like many suppliers in established markets today, commercial building management system vendors face both opportunities and threats when navigating the emerging IoT ecosystem.

The opportunity is IoT integration transforms the traditional BMS from an unconnected monolithic system to part of a wider and integrated sensing and control network. Support for open BMS connectivity to third-party applications means BMS operation can be informed by a range of external events such as changing weather conditions or variable energy pricing. At the same time, new sensors and actuators within the building environment can control the BMS according to space allocation, building occupancy and other dynamic factors. 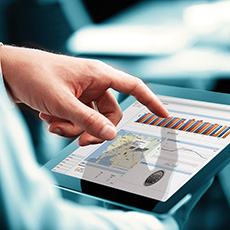 While BMS players understand they cannot deliver a full range of services on their own they are also wary of losing control over BMS implementations and missing out on new IoT-enabled revenue opportunities “Apart from hardware sales, it is applications and services that will drive much of the value from the IoT-integrated BMSs of the future,” adds Dan Shey, Practice Director at ABI Research.