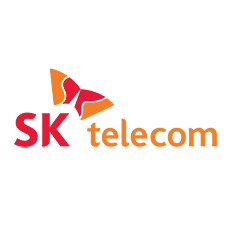 SK Telecom today launched ‘ThingPlug,’ an open IoT platform based on oneM2M¹ standards, along with its website² to allow anyone to develop and use IoT services.

As an open platform based on the international standard for IoT (Release 1 specifications, oneM2M), ThingPlug is expected to play a crucial role in boosting the IoT ecosystem.

The biggest strength of ThingPlug lies in its application enablement and openness: It offers service platform functions and DIY (Do It Yourself) development environment for developers to create any IoT services on their own.

Developers can easily build a service/app by downloading the SDK (Software Development Kit) from the ThingPlug website and combining it with their hardware including various sensors. They can then use the service/app immediately after registering the service and device to the website, and allow others to use the service as well.

By enabling individual developers to create and share diverse IoT services tailored to their needs, the range of IoT services, which has been confined to the enterprise and government markets, is likely to expand to the consumer market.

ThingPlug also offers various features – jointly developed with Daliworks, a Korean IoT platform service company – to support easy management of IoT services and devices. Developers can conveniently check, in real time, the service status and data via many different types of devices, including PCs, smartphones and tablet computers, thanks to the same UI (User Interface).

In addition, the platform allows developers to save cost associated with building and maintaining a server by providing a cloud-based server. Furthermore, as the nation’s largest carrier with differentiated competitiveness in the IoT network technologies, SK Telecom supports IPv6 for ThingPlug and ensures a high level of data security.

The company plans to apply ThingPlug to the smart city test bed which will be created in Busan at the end of this year. Under cooperation with the city government, SK Telecom is planning to upgrade a long list of public services – e.g. parking management, building energy management, safety services for the socially underprivileged, etc. – to smart IoT services to create a best practice model. It also plans to hold an IoT hackathon in the third quarter of this year to boost the use of ThingPlug.

“The launch of ThingPlug, an open IoT platform based on oneM2M standards, carries a significant meaning as it allows anyone to develop an IoT service, leading to the creation of a truly enriched IoT ecosystem that brings increased value and convenience to developers across the globe.”

“To this end, we will not only work closely with the local governments, solution developers and technology institutes in Korea, but also join hands with IoT players around the world.”

Meanwhile, in 2008, SK Telecom commercialized the nation’s first M2M platform, introducing B2G services such as remote metering. Then in 2012, it launched an open M2M platform. Since 2012, the company has been working together with the Korea Electronics Technology Institute (KETI) to carry out a government-led project to build an IoT Platform based on oneM2M standards.

SK Telecom is currently a member of Bridge M2M Alliance (BMA), an association it co-founded with 10 other mobile carriers in the Asia Pacific region to provide M2M services across these countries, and is also serving as the chair company of the Korea IoT Association.

¹ Formed in 2012, oneM2M (www.onem2m.org) is a global organization creating a scalable and interoperable standard for communications of devices and services used in M2M applications and the Internet of Things. The purpose and goal of oneM2M is to develop technical specifications which address the need for a common M2M Service Layer that can be readily embedded within various hardware and software, and relied upon to connect the myriad of devices in the field with M2M application servers worldwide.
² https://sandbox.sktiot.com