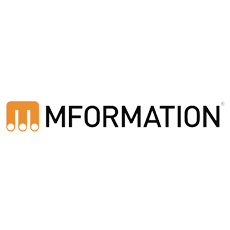 Interoperability Testing has enabled Mformation to demonstrate its agility and open architecture with several major wireless, device and service vendors and to expand core services to both network operators and device manufacturers.

“The LWM2M standard, which has a great backing from the M2M community, is rapidly building an eco-system and is expected to be a widely deployed protocol for M2M and IoT manufacturers.”

“In addition, a standards-based approach reduces time to market, improves scalability, guarantees compatibility across hundreds of OEMs and simplifies device on-boarding processes – all of which are pivotal to improve customer care and increase adoption rates of new devices in the IoT market.”

A close partner to Open Mobile Alliance (OMA), Mformation began demonstrating the LWM2M power of IMPACT™, its Intelligent Management Platform for All Connected Things™, at the OMA TestFest in Germany earlier this year. At the event and throughout subsequent partner integrations, Mformation IMPACT™ was validated against several LWM2M client implementations.

“OMA is enabling the IoT community, not only with our LWM2M specification, but also with developer tools and TestFest opportunities, such as the one held in Dusseldorf,” said Joaquin Prado, Director of Technical Programs at OMA. “We were happy to see Mformation and other companies come together and successfully test their LWM2M implementations.”

In April, Mformation participated in ION2015 TestFest in Korea, hosted by Electronics and Telecommunications Research Institute in collaboration with Telecommunications Technology Association (TTA), which promotes industry standards to Korean manufacturers.

Mformation provides access to its server to other OEMs to validate their client side implementations of LWM2M. “It is vital to continually test with vendors that represent different segments of IoT,” explained Shah. “It ensures adherence to LWM2M protocol and overcomes the risk of fragmented implementation.”

Previous : Samsung Adds SIGFOX Internet of Things Protocol to Its New Samsung ARTIK Platform and Invests in IoT Pioneer
Next : Wearables Moving from Consumer Niche Interest to the Enterprise