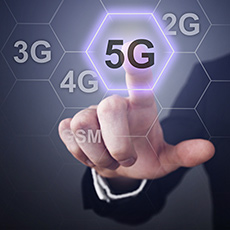 Asia will be the first in consumer deployment while Western markets will focus on 5G as the brain for autonomous driving, says Frost & Sullivan.

The world will soon see 5G emerge as a blend of pre-existing technologies such as 2G, 3G, 4G and Wi-Fi to allow higher network coverage, availability and density. With its key differentiator being greater connectivity, 5G will act as an enabler for autonomous vehicles, machine-to-machine and machine-to-infrastructure services, and the Internet of Things. It will also penetrate the over-the-air (OTA) updates space as level 3 or 4 automation requires a massive amount of data processing to occur in real time. Through 5G, the OTA updates space will be able to improve the customer experience and save on recall spending.

New analysis from Frost & Sullivan, “The Global Advent of 5G in Cars”, forecasts that Asian countries such as South Korea and Japan will be the market leaders in commercializing 5G, edging out their United States and European counterparts. With the penetration of long-term evolution (LTE) connections being fairly strong across Asian countries – close to 63 percent in South Korea and 44 percent in Japan – the available infrastructure can easily support 5G.

Major service providers expect to deploy a pilot project in Tokyo Olympics and FIFA World Cup at Russia by 2018. Meanwhile, Asian service providers such as NTT, DoCoMo, Huawei and SKT have entered various partnerships to set up trials for 5G in various bandwidths and identify its potential.

“As such, network service providers have their work cut out to live up to 5G’s promise – the seamless extension of services and coverage anywhere, anytime, regardless of whether the user is in a dense area like a stadium/city centre or in a village/high-speed train.”