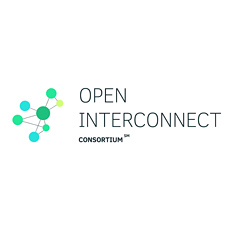 Today, the Open Interconnect Consortium, Inc. (OIC) announced the public availability of its candidate Internet of Things (IoT) specification. This significant technical milestone, guiding the OIC-sponsored IoTivity open source project, is the industry’s only cloud-native architecture for IoT documented in a formal specification that can be implemented almost any way a developer chooses. Cloud-native design is critical to unlocking the cost, scalability and reliability that the deployment of millions of devices requires.

OIC’s cloud-native approach adapts cloud techniques for local use, enabling smooth integration between local and cloud use cases (for example local-to-local and local-to-cloud). Cloud-native architecture gives developers more flexibility, and means that even if developers start with a local-only approach they don’t have to re-architect to scale as their products become increasingly successful.

“The IT industry has looked to cloud pioneers to see how they handle millions of mobile devices and interactions, and has learned that only cloud-native design will reliably scale to handle the millions of IoT devices and interactions we expect to see in successful projects,” said Mike Richmond, executive director at the Open Interconnect Consortium. “Based on this insight, we developed this candidate specification and are making it available for evaluation by everyone.”

This milestone follows a year of strong membership growth for the OIC with new companies including IBM and National Instruments joining the group. Additionally, with a number of successful plug-fests and the launch of this new specification, the OIC anticipates certifying the first OIC-compliant products by the end of the year.