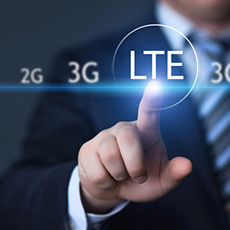 Machina Research, the world’s leading provider of strategic market intelligence on the Internet of Things today published a Strategy Report ‘2G and 3G switch off: a navigation guide for IoT’ looking at the emerging trend in mobile operators switching off 2G (and in future 3G) networks and the likely implications for IoT developers.

One of the most frequently underestimated challenges for companies looking to deploy cellular-based IoT relates to the availability of access technologies over the lifetime of the IoT device. Based on a study published today by Machina Research, IoT developers would be well advised to give it increasingly careful consideration.

Around the world cellular network operators are poised to switch off 2G and 3G networks and reuse the spectrum for 4G services. The motivation for doing so is simple: more data over the same spectrum, and lower operational expenditure. At the same time, the barriers to switch-off have been dropping in developed markets. LTE is increasingly a viable alternative in terms of cost and coverage to any of the existing technologies. It was always the superior in terms of capabilities. Regulatory barriers have also been falling. The remaining limiting factor is disruption to customers, but Machina Research does not anticipate that this will provide anything other than a temporary limitation on how fast operators will move.

Some countries have already gone through the process, e.g. Japan and Korea with 2G switch-off, while in some countries there has been a clearly stated roadmap, either by the individual operators (e.g. AT&T) or by all of the operators jointly (as has been the case in Singapore). In Europe, however, there has been almost complete silence from operators. However, Machina Research anticipates that there will be decisions made about 2G and 3G switch off by most of the major operator groups in the next few years.

This migration process poses a problem for anyone implementing IoT solutions which are dependent on cellular connectivity: which technologies should you use?
As outlined by report author Matt Hatton:
“There is a simple solution: embed all the available generations into your device. However, for many implementations, the additional bill of materials cost would be substantial, and one that most would want to avoid. Therefore, any company looking at cost-effectively deploying cellular-based IoT over the next few years will need to understand which technologies are going to be available in which countries.”

Based on Machina Research’s analysis of operator stated plans, where they exist, plus the other competing dynamics of the markets, we have compiled a prediction of when 2G, 3G and 4G networks will be available in some of the major markets where multi-country IoT solutions might require coverage.

The overall trend is that by 2020 it will become increasingly difficult to guarantee 2G and 3G network availability in developed markets. By 2025 it will be almost impossible.

Hatton comments: “Any company deploying cellular-based IoT will need clarity over which technologies will be available and for how long. Lack of clarity risks problems with higher costs, stranded devices in the field, or slower IoT deployments as potential customers adopt a wait-and-see approach. Mobile Network Operators must be as transparent as possible, stating plans as far in advance as possible.”