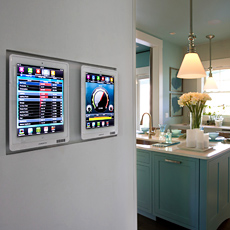 New GfK research shows that half of US consumers believe smart home technology will have a major impact on their lives – a higher level than wearables or cloud computing and equal to mobile payment systems.

The study, which covered seven countries, asked consumers to choose which of 11 leading-edge technologies – from 3D printing to augmented/virtual reality to Internet of Things — would be important to their lives. (Respondents could choose as many technologies as they wished.)

In the US, 51 percent of consumers picked smart home, versus 50% for mobile payments – a statistical tie; these compare to global levels of 54% for mobile payments and 51% for smart home. (The global figures cited here represent five of the seven countries in the full survey – US, UK, Germany, Brazil, and South Korea; data for China and Japan will be released later.)

Four in ten (42%) US consumers cited wearables – significantly higher than the global score of 33% — while cloud computing came in at 41%.

The full study, which is available for purchase, also looked at what each country’s consumers want from smart home technology, their preferred suppliers, and the main barriers hindering uptake.

For US consumers, the areas of smart home technology that hold the greatest appeal are “energy or lighting” (55%) and “security and control” (54%), with the latter including features such as alarm systems and sirens, smoke detectors, motion sensors, and security cameras. “Entertainment and connectivity” came in third in the US, at 50%, followed by “health” (45%) and “smart appliances” (42%). These are similar to the global levels.

The leading issue stifling smart home acceptance in the US is the perceived high cost, mentioned by 37% of respondents here. Privacy concerns followed at 26% — while 24% of US respondents see no barriers at all. These levels are also very similar to the five-country global averages.

“As the Internet of Things technology is embedded in an ever-increasing array of household product categories, Smart Home has the potential to be one of the biggest tech adoption revolutions we’ve seen in decades.”

“While ‘security’ stands out as one category with broad appeal, our research shows that consumers also have strong interest in a diversity of Smart Home product categories, from basics such as ‘energy and lighting’ to delighters such as ‘entertainment.’ With price standing out as the top barrier to adoption, marketers will need to focus on marketing that demonstrates not only that their product solves a problem, but also that it carries emotional appeal.”

More than half (53%) of US consumers say they prefer to have a single vendor for their smart home technologies – significantly higher than the 45% score across five countries. Two in ten (21%) in the US would rather have multiple suppliers (versus 29% globally) and 26% have no preference.

About the survey
GfK interviewed over 1,000 adults (aged 16 and over) per country in US, UK, Germany, Brazil, South Korea, China, and Japan, with interviews conducted online. (Global data cited in this release does not include China and Japan.) Respondents were recruited to be nationally representative of online users in each market. Fieldwork was carried out in September and October 2015.
Tags:M2M market surveysmart homes
Previous : Gartner Says 6.4 Billion Connected “Things” Will Be in Use in 2016, Up 30 Percent From 2015
Next : Bluetooth® Technology to Gain Longer Range, Faster Speed, and Mesh Networking in 2016