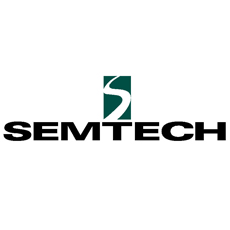 First commercial IoT deployment in Belgium and Luxembourg to be used for a wide range of compelling IoT applications, including Smart Building, Asset Tracking, Supply Chain, Agriculture and Smart City.

Semtech Corporation, a leading supplier of analog and mixed-signal semiconductors, today announced its LoRa® RF technology is being deployed by Proximus for a nationwide low-power wide-area network (LPWAN). Proximus is the largest telecom operator in Belgium and Luxembourg and has partnered with LPWAN solutions provider Actility for the deployment.

The Proximus network, based on the LoRa Alliance open LoRaWAN™ standard, is expected to provide the necessary building blocks for service providers and enterprises to develop their own tailor-made IoT solutions quickly, including LoRa-based sensors and base stations, as well as the applications for managing the sensors, processing the data, and managing the connectivity of each device connected to the network whether it is in a building, on a mountain, or inside a machine, car or smart appliance.

In collaboration with Actility, Proximus initially deployed and tested its Internet of Things (IoT), LoRa-based network in ten major urban areas in Belgium as well as in Luxembourg City. Remote asset tracking and facility management are some of the initial applications set up on the network. The IoT network was used to track freight carts at Zaventem Airport in Brussels to pilot test the program, and is soon expected to also be used in a variety of smart building and smart city applications, including a smart parking solution that will help guide car drivers to the nearest empty parking space.

Due to the success of its initial deployment, the network is expected to be rolled out nationwide in both Belgium and Luxembourg in early 2016. 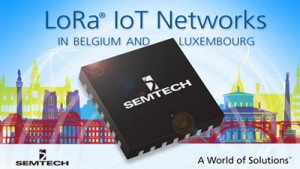 Proximus chose Actility’s LoRa-based IoT solution to complement its existing fixed and mobile networks because of its long range, low energy consumption and security. The LoRa technology offers robust quality of service coverage outdoors and inside buildings. Both the technology and the LoRaWAN protocol are optimized for very low energy consumption enabling sensors to last for years with simple off the shelf low cost batteries. LoRaWAN also integrates security based 128-bit AES encryption of all communications, making it a unique differentiator compared to other LPWAN options.

“We are pleased that after thorough testing, Proximus has decided to expand its LoRaWAN-based network nationwide for commercial use in both Belgium and Luxembourg,” said Mohan Maheswaran, President and Chief Executive Officer of Semtech.

“The Proximus network will enable customers to create IoT solutions that increase operational efficiency and reduce energy consumption, while also improving safety and quality of life.”

Semtech, along with Proximus and Actility, are members of the LoRa Alliance, a fast growing ecosystem of partners that aim to standardize LoRaWAN globally and provide an open platform to scale IoT, M2M and smart city applications. The standardized LoRaWAN communication protocol has created an ecosystem of pre-certified solutions, including modules and connected sensors that enable solution providers and telecom operators to more easily integrate their technologies.

Tags:ActilityLoRaLoRaWANLPWANProximusSemtech
Previous : Cumulocity and Wipro Technology team up for global IoT partnership
Next : Tele2 partnering with Hexaware to provide M2M/IoT solutions within Asset finance and leasing