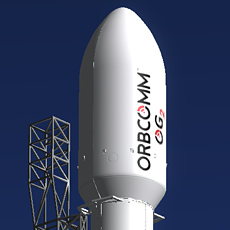 Improves network performance and availability and increases coverage at higher latitudes for its global M2M and AIS customers.

After comprehensive in-orbit testing, the 11 OG2 satellites are spaced within three separate drift orbit planes, and the OG2 satellite fleet is now processing over 60% of the network’s M2M traffic. Drifting will continue until all 11 OG2 satellites are in proper phase. Initial testing verified proper satellite bus functionality, including antenna and solar array deployments, power systems, attitude control, propulsion and flight software. Subsequent testing focused on communications and network system performance. All of these tests were successfully completed well ahead of schedule, allowing for commercial service to begin earlier than expected. With the addition of the OG2 satellites, ORBCOMM is now collecting over 18 million AIS messages from approximately 150,000 unique vessels per day, surpassing all other AIS networks in service quality.

“This mission has gone smoothly and efficiently, which is a testament to the hard work and dedication of both ORBCOMM and its vendors,” said John Stolte, ORBCOMM’s Executive Vice President of Technology & Operations. “The satellites are operating extremely well, and we have already received positive feedback from our customers around the world, who are experiencing significantly improved service and faster message delivery.”

Marc Eisenberg, Chief Executive Officer of ORBCOMM, said:
“Our fully deployed OG2 satellites not only translate into a higher level of service and reliability for our customers, but also more opportunities through our expanded global coverage, increased market reach and the new applications we can support.”

“The performance and availability of our enhanced satellite constellation has exceeded our expectations, and we are proud to provide our customers with the only fully funded, fully operational, second generation satellite network purpose-built for the global M2M industry.”

The OG2 satellites are fully backwards compatible with ORBCOMM’s existing OG1 satellites. ORBCOMM’s customers do not need to change or upgrade their fielded devices and are now seamlessly using the full constellation of OG2 satellites to send and receive messages for their applications with their existing platforms.