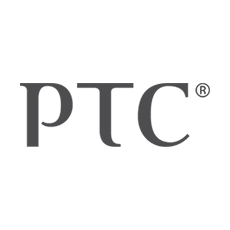 Vuforia Extends Support for Augmented Reality in the Enterprise Market.

The Build demonstration showcased a scenario where a salesperson could provide 3D visualizations of a Caterpillar® Multi-Terrain Loader to a potential customer. First, a Surface tablet was used to produce a small-scale visualization on a sales brochure. HoloLens was then used to transport the loader to the stage, where it could be observed and configured at actual size.

Vuforia introduces an important capability to HoloLens – the power to connect experiences to specific things in the environment. As demonstrated today, this capability has been widely used to create 3D visualizations of various consumer and industrial products. When combined with HoloLens, these 3D visualizations can easily be expanded and transported to actual size in any environment, providing a more immersive and realistic visualization experience. 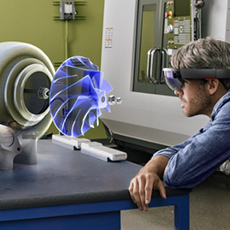 Even more significantly, this capability can be used to create a new generation of virtual assistants – guided step-by-step instructions for products or machinery. These experiences have the potential to reduce or even eliminate dependence on cumbersome manuals used by technicians.

Vuforia democratizes AR application development by delivering robust computer vision functionality beneath a simple API. When combined with Unity, the leading development tool for interactive 3D experiences, developers can build a single application that can run on leading phones, tablets, VR viewers, and digital eyewear. This enables developers to target the broadest range of devices with reliable AR experiences, whether for consumer or enterprise-facing applications.

“We are excited about Microsoft’s vision for Windows 10 and HoloLens,” said Jay Wright, senior vice president and general manager, Vuforia, PTC. “We share this vision, and look forward to enabling new experiences on Windows 10 tablets and HoloLens that will fundamentally change the way we work.”

Vuforia is the de facto standard for AR application developers. With more than 200,000 registered developers globally, Vuforia has powered more than 250 million application installs. Vuforia has been widely utilized by leading consumer brands to market products. Now, as part of PTC, Vuforia is increasingly being used by enterprises to change the way they sell, create, operate, and service products.

The Vuforia SDK with support for HoloLens is expected to be available to all developers this spring. To apply for early access or to get started with Vuforia today, please go to developer.vuforia.com.