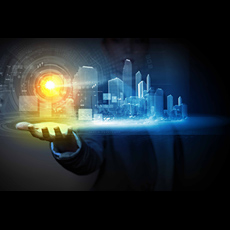 City authorities and their technology partners could squander USD341 billion by 2025 if they adopt a fragmented versus standardized approach to IoT solution deployment. This is the conclusion reached by Machina Research in a new white paper, commissioned by mobile technology and research company InterDigital, which analyzes potential IoT deployments in smart cities. Incorporating a number of vertical domains, multiple parties, and diverse IT systems, smart cities are a microcosm and good illustration of the wider IoT. As such, they reflect the financial and operational risks associated with fragmentation and complexity in IoT deployments.

Commenting on the adoption of IoT, Jim Nolan, Executive Vice President, IoT Solutions, at InterDigital said:
“The world of IoT is currently characterized by competing technologies and platforms, further complicated by numerous standards development organizations, and this fragmentation is causing a delay in the widespread adoption of IoT.”

“We can’t hope to realize any smart city ambitions until all stakeholders can agree on a common set of IoT standards. Machina Research’s analysis proves the extremely valuable business case for an open standards-based approach to IoT.”

Smart cities are a complex and multi-dimensional vertical within the IoT landscape, crossing the public and private sectors. Open standards are imperative for the development and deployment of IoT applications and services, where defining a best working practice will ensure stakeholders can maximize the opportunities presented by this rapidly evolving market. Key findings from the report include:

The benefits associated with a standards-based approach to IoT are not purely financial. The report also indicates that, by 2025, a standards-based IoT environment could also mean a 27% increase in the number of connected devices within smart cities, and could improve the speed and extent of adoption of smart city applications.

The full White Paper, entitled ‘Open standards in IoT deployments would accelerate growth by 27% and reduce deployment costs by 30%’, is available to download [here]