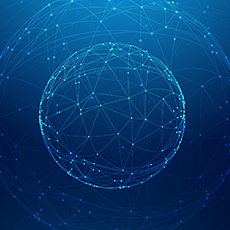 Qadium is creating a new global market for helping organizations understand changes across the device layer of the internet that are relevant to them – the first “Internet of Things” analytics product.

Qadium, a global internet sensing company, closed a $20 million Series A investment led by Scott Sandell, prominent technology investor and managing partner of NEA. Qadium built a platform to index every device on the public internet, and to identify relationships between those devices at scale for corporate and government cybersecurity applications. Results are made available to customers in a software product called Expander with associated professional services. Peter Thiel (via Founders Fund) and other previous investors also participated in the Series A.

Core to Qadium’s approach is, according to co-founder and CTO Matt Kraning, “treating the entire internet like a single dataset”. Large organizations do not correctly understand their networks and what assets are on them, because current technologies only offer a local view – for example, software that checks known IP space for vulnerabilities. Qadium created the first product to find and alert to assets across the global internet, including those that may create risks due to shadow IT, firewall misconfigurations, shared hosting, poorly merged subsidiary business units, and more.

Tim Junio, Qadium’s co-founder and CEO, remarks that the company has a much broader vision for its technology. “Our platform is relevant to every IT transaction,” says Junio. “Every time a company would otherwise pay a team of consultants to come in with clipboards, or to have a security team dig through voluminous log files, Qadium can provide analytic software.”

The platform functions by sending signals throughout the public internet space, interpreting returned data to determine what devices are running where, and building network graphs to understand relationships between those devices. This empowers workflows associated with mapping one’s presence on the global internet, even for networks with millions of IPs and many active devices. Qadium routinely sees hundreds of millions of devices on the public internet when it conducts its sensing, and has seen many billions since it started gathering its data.

This internet-scale perspective allows customers to “observe their networks as an adversary would over the global internet, and they are often surprised by what they see” according to Admiral James Winnefeld (Ret.), former Vice Chairman of the Joint Chiefs of Staff, who is an advisor to the company.

Customers in the private sector include Fortune 500 companies in financial services, insurance, healthcare, defense industry, auditing and consulting, and retail. Enterprise networks are no longer enclaves to guard; interdependencies with cloud service providers, credentialed vendors, employees’ devices, and more create porous perimeters that can only be defended with a whole-of-internet approach. David Dorman, technology investor and former CEO of AT&T, affirms that:

“Qadium’s Expander software is the only enterprise product that monitors the entire device layer of the internet for customer weaknesses.”

The company hails from the defense community. Qadium’s co-founders met while working as consultants at DARPA, the Pentagon’s blue-sky research agency, and won over $10 million in multi-year DoD contracts to begin development of its internet sensing and data analysis prototypes. Qadium has since begun operational transitions to military services, including US Cyber Command. “All of Qadium’s government work is defensive in nature,” said Junio. “We have very strict protocols in place to ensure that we never participate in offensive cyber warfare by any government, including the U.S.”

The team is largely recruited out of algorithms research groups at Stanford, Caltech, and MIT, and software engineers with top-of-industry experience.

“The secret to how Qadium solved technology problems that no one else could,” says Shaun Maguire, co-founder and chairman, “it is in its people. Only an interdisciplinary group of top minds could have built an end-to-end system of this scope and complexity while delivering profound new insights to the world’s most demanding customers.”