Dutch operator KPN completes roll-out of network in the Netherlands.

Actility, the industry leader in low power wide area networking, is proud to celebrate the successful deployment of the world’s first nationwide LoRa network for the Internet of Things with Dutch telecom operator KPN.

After an intense period of 8 months’ work, several hundred LoRa antennas have been installed all over the Netherlands. KPN’s LoRa project initially went live in the cities of Rotterdam and The Hague. Thanks to strong positive feedback and consumer interest in the early deployments, the network roll-out was accelerated at the beginning of this year, and has just been completed. The KPN network will support uses as varied as street lighting, street signage, waste management and animal tracking.

Actility and KPN have been pioneering the world-leading development of the European Internet of Things together since 2014. Combining Actility’s innovative ThingPark solution for the Internet of Things with KPN’s leading mobile network gives the country a world #1 “best-in-class” solution. It will address the needs of a wide variety of markets with very different requirements, but sharing the common need to connect sensors cost-effectively, over long distances and in both built-up areas and wide open countryside. KPN will leverage the ThingPark Wireless solution to connect a wide range of objects in markets as diverse as agriculture, smart building, transport infrastructure and healthcare applications.

One of the most attractive applications of KPN’s LoRa network is Smart Public Space Management. Citizens across the Netherlands will see a variety of benefits including improved street signage, better waste management in public spaces and smart street lighting. 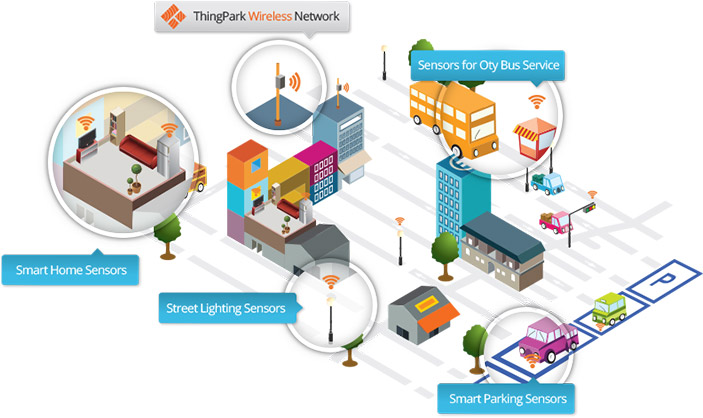 “We congratulate KPN on being first in the world, thanks to their extremely efficient and successful roll-out across the Netherlands. KPN is a true pioneer and has made good on its ambition to turn the whole country into a smart nation, connecting cities and rural areas, and making life a little smarter for all its inhabitants”, says Actility’s CEO Mike Mulica.

“KPN is pleased with the fruitful collaboration with Actility, which allowed the successful nationwide roll-out in less than a year.”