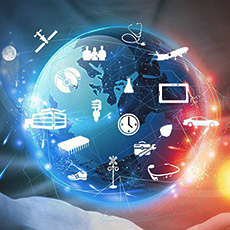 The 2016 iteration of Machina Research’s IoT Communications Service Provider Benchmarking Report shows the leading global CSPs in IoT are transforming from the connectivity providers of old to the more sophisticated IoT and digital transformation agents they aspire to be. IoT is the bright spot in their businesses with expansion well outpacing traditional areas – and the journey is just beginning.

The review shows IoT is the bright spot in the CSP business today. IoT cellular connections grew on average nearly 30% across the seventeen major CSPs studied in the report, well outpacing traditional businesses that typically grew in single digit percentage terms. IoT is a critical area of growth – a fact well recognized by the leaders profiled in the study. Even connection scale leader China Mobile declared that it expects IoT growth to accelerate.

Based on detailed analysis of the capabilities of each of the seventeen major CSPs, Machina Research has also determined that Vodafone maintains its position as the number one global operator in terms of taking advantage of the global IoT market opportunity. Vodafone is closely followed by AT&T and a top tier of CSP players that include Verizon, Deutsche Telekom, Sprint/Softbank, Telefonica, Orange, and Telenor. All these global leaders have sizeable IoT businesses. They have invested significant financial and human resources to create the kind of IoT units that seek to transform their business from selling specialised M2M data packages to one more centered upon solution based sales that rarely mention connectivity.

Commenting on the study, author Godfrey Chua said:
“It is easy to think of the CSP as stuck in the old practice of selling minutes of use and data packages. The reality however is that they are working very hard to transform themselves from this. They are investing billions into technology and capabilities that enable them to take sales conversations beyond connectivity into discussions that focus on solutions that solve customer business problems. Global leaders like Vodafone, AT&T and other top tier global players are doing this and as a consequence starting to capture a greater portion of the IoT opportunity. They are certainly early in this journey, however the potential is huge and can mean as much as ten-times greater revenue capture in IoT than what connectivity alone would deliver.”

Delivering solutions means not only an end-to-end offering, but also one that comes with a suite of services that further enhance the overall value proposition and revenue capture opportunity. These can include services such as the application itself, security, analytics, data storage and brokerage, business consulting and systems integration.

Machina Research also sees a resulting bifurcation of strategies among leading CSPs. Most start their approach to IoT at the horizontal layer, based on wholesale, with the occasional dabbling in vertical sectors. Over time we have generally seen the direction of travel as being towards offering more vertical solutions, led by the bigger players (e.g. AT&T Digital Life, Vodafone Auto (formerly Cobra)). However, what has emerged in the last year is divergence from this seemingly linear progression. Some CSPs are choosing to evolve offerings through verticals (e.g. Verizon) while others focus on horizontal connectivity and associated services (e.g. Tele2). The third option is one that is emerging, and more something to watch than a definite trend, is for smaller CSPs to effectively surrender some control over their IoT roadmap to a third party, either another CSP or an MVNO, rather than try to build additional vertical or horizontal capabilities themselves.

“What will be critical for CSPs to consider is finding that right balance between vertical and horizontal approaches, as well as the key areas, be it a specific vertical or service segment, to focus their finite resources on. At the end of the day, one-size does not fit all when it comes to a CSP strategy in IoT. Market conditions, geographic scope and scale of operations, and investment and risk appetite are among the key factors CSPs should take into consideration.”

Another important theme observed from the leading CSPs in the last year includes the role technology plays in capturing the IoT opportunity, specifically LPWA. As we had anticipated, 3GPP variants were set to win. The majority of CSPs profiled in the report are embarking on the LTE CAT-NB1 path with some leaping straight to LTE CAT-M1. What has been more surprising is how just quickly various parties, despite some strong opposing viewpoints, have come to an agreement. The result is a rush of deployments that will start to materialize in 2017.

About the 2016 Machina Research IoT CSP Benchmarking Study
The Internet of Things Communications Service Provider Benchmarking report is the most comprehensive analysis of best practice for CSPs in IoT. Extending over more than 120 pages, it gives Machina Research’s view on the likely long-term success of Communication Service Providers in the IoT space. It includes a review of the overall trends in IoT CSP strategies as well as profiles of 17 CSPs: AT&T, China Mobile, China Unicom, Deutsche Telekom, Etisalat, NTT Docomo, Orange, SingTel, Sprint/Softbank, Tele2, Telefónica, Telekom Austria M2M, Telenor, Telia Company, Telstra, Verizon and Vodafone. Details of the report can be found HERE.