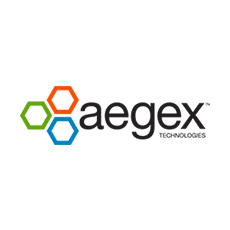 Aegex CEO Thomas P. Ventulett announced the new platform during a Sept. 28 reception at its world headquarters hosted by the Microsoft Innovation Center and the Microsoft Surface Pro 4 group at the FlatironCity building in Atlanta, Ga., USA. In attendance were hundreds of guests and attendees of the Microsoft Ignite global conference.

The Aegex IoT Platform is the next major component in the company’s portfolio of Internet of Everything (IoE) solutions for hazardous and explosive industrial environments. Aegex’s flagship IoE product is the Aegex10 Intrinsically Safe Tablet, the world’s first Windows 10 tablet globally certified for hazardous locations where high concentrations of flammable gases, vapors or dusts are likely to occur in normal operation, such as in oil & gas, petrochemical, and other industries with explosive atmospheres.

Aegex is testing this IoT Platform for Hazardous Locations in cooperation with Microsoft and other technology partners in a “smart city” at the Guardian Centers in Perry, Ga.

“We have learned that to manage a meta-scale IoT platform, particularly one where hazardous or explosive materials are present, you have to consider multiple, constantly changing factors that make these expansive operations unique.”

“The only test facility that meets hazardous industries’ unique challenges is the world’s largest privately held “city” for training first responders, special forces and other teams for disaster planning and recovery: The Guardian Centers.” 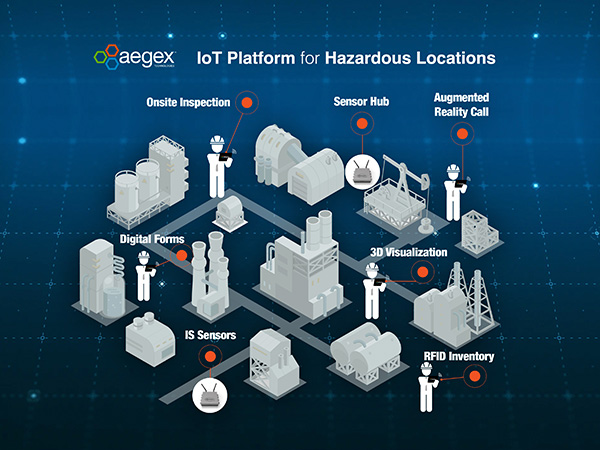 Aegex has installed at the Guardian Centers more than 80 IS sensors of 30+ different types that feed data to a central hub for processing and analysis. A Microsoft Power BI dashboard displays the test data to turn it into useable information, which is shared via the cloud with Microsoft Azure.

Through this realistic testing process at the Guardian Centers, Aegex expects to perfect its IoT for Hazardous Locations and provide proof of concept for customers in the oil & gas, aerospace, chemical manufacturing, logistics, mining, pharmaceutical, petrochemical, public safety, utilities, and other global industries with hazardous location environments.