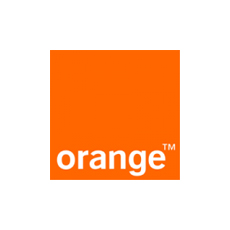 As from 2017 Orange’s 4G mobile network will support the Internet of Things thanks to the nationwide implementation of new dedicated LPWA layers.

The possibilities offered by the Internet of Things (IoT) are growing strongly in Belgium and throughout the world. In order to maintain its status as the leader of this market, Orange Belgium has decided to invest in 2 new Mobile IoT technologies based on international standards: Narrow Band-IoT (NB-IoT) and LTE-M.

Orange today announced that it will implement NB-IoT and LTE-M on its mobile network in 2017. Collectively known as Mobile IoT, the LTE-M and NB-IoT technologies are Low Power Wide Area (LPWA) cellular network layers that will allow millions of everyday objects to be connected to the Internet of Things (IoT).

Low Power Wide Area technologies offer many advantages when connecting objects to the Internet of Things, like low energy consumption so the battery of the connected equipment lives up to 10 years longer and the low cost of the radio modules inside the devices that need to be connected.

But the Mobile IoT-technologies Orange will implement go further than that:

The rollout of both technologies will involve a simple software upgrade to Oranges existing 4G network that covers today 99.8% of Belgian population. This means that the rollout of Mobile IoT will deliver a nationwide coverage almost immediately.

Overall Mobile IoT will act as the catalyst for companies to consider connecting things that would not have been viable with existing technologies. Consumers will see a huge variety of new products, services and applications enabled by Mobile IoT.

The choice of Mobile IoT-technology is future proof as it is fully consistent with the future evolution towards 5G. It will then be possible to connect objects that require very high reliability, like remote control of critical devices and automation processes.

Orange’s Mobile IoT (NB-IoT and LTE-M) network will be operational in the first half of 2017, and will cover the entire national territory in 2017. Initially, it will be used for tests with Orange, their partners, and their business clients. It will then be launched commercially in the second half of 2017.