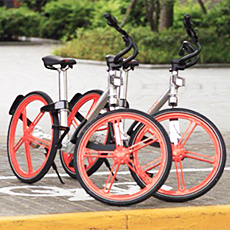 Carried out on China Mobile Shanghai’s live network, the trial used Ericsson’s latest cellular IoT technologies to allow Mobike’s IoT-enabled bikes to be located more accurately and extend to areas that traditional coverage can hardly reach, such as underground parking lots. Moving forward, the new technologies will also significantly reduce the time to unlock the bikes and users will enjoy “open upon scanning” without waiting.

The successful trial marks an important step forward in the large-scale commercial deployment of cellular IoT in China.

Gang Huang, Deputy General Manager, China Mobile Group Shanghai Company, says:
“China Mobile Shanghai is excited to be working with Ericsson to partner with innovative companies like Mobike and help build more new IoT applications. China Mobile is committed to IoT innovation by all, aiming to serve the public with the latest technologies anytime, anywhere, and for everything.”

“The latest cellular IoT technologies like CAT-M1 and NB-IoT will greatly enhance user experience in the future and will solve the existing challenges encountered by Mobike such as coverage in challenging locations. We also expect Chinese operators to complete the nationwide deployment of cellular IoT as early as possible.”

Chris Houghton, Head of Region North East Asia, Ericsson, says:
“Ericsson is determined to drive the development and commercialization of the cellular IoT ecosystem, and in doing so, unleash the full potential of the Networked Society.”