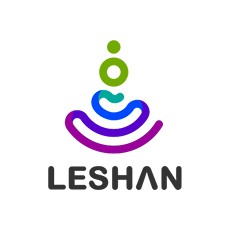 LwM2M has become an important Internet of Things (IoT) standard for managing low power and lightweight devices that are common for IoT solutions.

“Eclipse Leshan’s production quality code will be available soon after the specification has been ratified.”

Eclipse Leshan has been in development since 2014. The project code has been downloaded over 30,000 times. The project is led by developers from Sierra Wireless and includes contributions from over 25 developers. Companies active in the Leshan community include Sierra Wireless, Bosch Software Innovations and many others.

A new milestone release of Eclipse Leshan 1.0, supporting the LwM2M 1.0 specification, was made available this week.

“OMA’s LwM2M standard is a powerful and yet simple technology that fulfills remote device management requirements for the IoT,” said Julien Vermillard, Principal Engineer, Sierra Wireless.
“Sierra Wireless started the open source “Leshan project” with the Eclipse Foundation as a way to promote interoperability, and our AirVantage IoT platform is compatible with Leshan. We believe the LwM2M 1.0 release will provide a stable foundation for the standard and support the growing Leshan and LwM2M communities.”