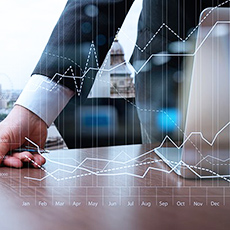 Vodafone today announced that it has become the first global Internet of Things (IoT) mobile provider to exceed 50 million connections and is demonstrating industry-leading growth of around one million new connections a month, with particularly strong performance in the automotive, healthcare and utilities sectors.

Vodafone’s managed IoT technologies use the Group’s own operating company networks, partner market networks and other third-party mobile network operators to provide customers with simple, globally unified connectivity services spanning nearly every country on earth. IoT technologies are now beginning to reach critical mass in the enterprise and are also a core focus of R&D for a wide range of consumer technology companies.

The most recent Vodafone IoT Barometer report found that:

Vodafone has experienced double-digit annual growth in IoT revenue since first establishing a dedicated business unit focused on machine-to-machine (M2M) technologies in 2011. The Group is now acknowledged to be the market leader in mobile IoT worldwide, recognised by Gartner as a ‘Leader’ in its Magic Quadrant for Managed M2M Services, Worldwide 2016, for the third consecutive year and as ‘the consistent global leader’ in IoT services by Machina Research in its 2016 IoT Communications Service Provider Benchmarking report. This is the fifth consecutive year that Vodafone has been the leader in this report.

“Vodafone was one of the earliest believers in the potential for the Internet of Things to transform business and life. The 50 million milestone is a testament to our continued focus and commitment to innovation in this rapidly growing and dynamic sector.”