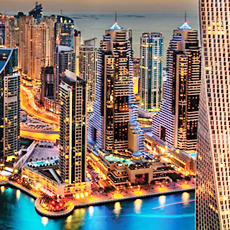 RPMA technology to provide IoT connectivity for Saudi Arabia, UAE and the rest of the Middle Eastern GCC countries.

Ingenu Inc. and MEC Telematik, a provider of professional and consulting services to the information and communications technology industry, today announced the rollout of the Machine Network™ for IoT (Internet of Things) network connectivity across the Gulf Cooperation Council (GCC) region, based on RPMA® technology.

MEC Telematik has decades of experience in building networks in the Middle East, Africa and around the world, with involvement in nearly 100 projects to date. The company has developed strategic partnerships with leading vendors, government agencies and other organizations and has been affiliated with the GCC since 2003. With a track record of success with telecommunications industry leaders such as Etisalat, STC, Du, Qtel and Zain, MEC Telematik is uniquely positioned to deploy Ingenu’s RPMA network technology as the de facto standard for IoT connectivity in the Middle East.

When launched, the Middle East network will be the world’s largest multi-country M2M/IoT network serving the countries of Saudi Arabia, United Arab Emirates (UAE), Kuwait, Qatar, Bahrain, Oman, Jordan and others. It will provide affordable and reliable connectivity for applications such as asset tracking, logistics, environmental monitoring and smart city, among others. MEC Telematik will fund and undertake the build-out of the Machine Network which will be largely completed by the end of 2017.

“The Middle East is embracing the Internet of Things faster than any other region as it expands its focus on sustainability and smart technologies.”

“We selected Ingenu because its network is specifically designed for machine connectivity and we are thrilled to bring RPMA to countries in the Middle East, and serve the myriad of IoT opportunities that are ideally suited for this innovative technology.”

Ingenu is currently building out its Machine Network in the U.S. and is on pace to have over 100 major metropolitan areas covered by the end of 2017. The company is also partnering with global companies, such as MEC Telematik, to build nationwide public networks specifically for IoT traffic in their respective countries.