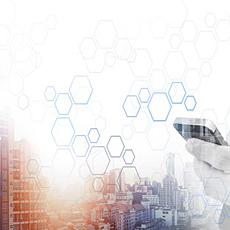 Since 2016, ZTE has rapidly deployed IoT applications based on the LoRaWAN™ protocol that is standardized by the LoRa Alliance™. Semtech and ZTE will develop and test gateways with enhanced features including native and GPS-free geolocation. The companies will also work together to make new gateway and other IoT solutions more commercially available. Semtech’s geolocation functionality uses a hybrid mix of time stamping techniques to locate sensors relative to gateways without requiring additional hardware/space, battery power, and other costly add-ons.

“After extensive testing, we are excited to enhance the current features our ecosystem of LoRa-based IoT applications. Our goal is to deploy over 10,000 gateways and millions of sensors in China and beyond.”

Tags:geolocationLoRaSemtechZTE
Previous : Actility Energised by $75M of New Capital to Accelerate Industrial IoT Solutions Globally
Next : NXP and Amazon Work Together to Bring More Alexa Experiences to the Smart Home